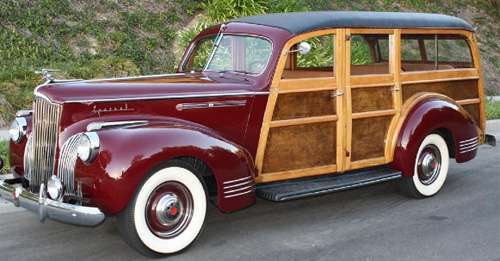 The 40th Annual Barrett-Jackson Scottsdale Auction will get 40 hours of coverage by Speed TV to commemorate its 40th anniversary over the weeklong auction from Jan. 17 to Jan. 23 that includes classics, hot rods, loads of Corvettes, Detroit heavy metal and custom creations among others.
Advertisement

Rock legend and television star Bret Michaels has consigned his personal 1969 Camaro to be sold as Lot #1288.1 during primetime auction hours on Saturday, January 22, and will be on hand to accompany the vehicle as it makes its way across the auction block, according to Barrett-Jackson.

Among the highlights of the auction are:

“Our 40th annual automotive lifestyle event in Scottsdale will be the epicenter of the car collecting hobby in January,” noted Craig Jackson, chairman and CEO of Barrett-Jackson. “We’ve been planning this celebration for the past year and look forward to the exciting group of vehicles that will cross the auction block. Our bidders will be pleased with the outstanding assortment of vehicles, from classics to Hot Rods and exotics.”

For more information on becoming a bidder or to purchase tickets, follow the link to www.barrett-jackson.com/bid.

Tesla Contemplates A New Strategy for China Retail even As Sales Boom
Jay Leno on Elon Musk & EVs: “I Think He Should Get ... Credit"
END_OF_DOCUMENT_TOKEN_TO_BE_REPLACED