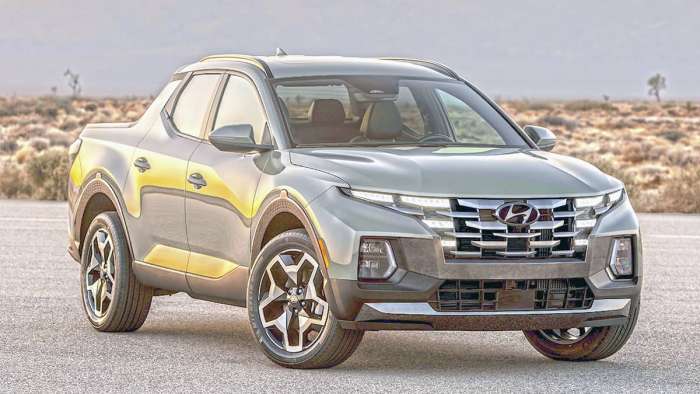 It’s tough to buck the trend but there are already 5 things wrong with the all-new Hyundai Santa Cruz. Hyundai should be able to fix some; others will require major investment by the Korean automaker.
Advertisement

Hyundai introduced the 2022 Hyundai Santa Cruz earlier this week to great acclaim. Apparently it’s the small pickup truck (or sport activity vehicle) the world has been clamoring for, yet few people outside the automotive universe seem to be talking about.

Almost immediately it becomes obvious there are 5 things wrong with the Santa Cruz. Some are easy to fix (electric version) and some aren’t. All should affect your decision to buy a 2022 Santa Cruz.

(That's not to say we totally dislike the Santa Cruz. There are also 5 good things to know about the Santa Cruz that should be considered as well.)

The first thing is Hyundai isn’t a pickup company. Sure, the Santa Cruz is basically a Hyundai Tucson underneath. However, the rest of the Santa Cruz is all new for Hyundai and the team at the Hyundai plant in Alabama. There are bound to be issues with the 2022 model that will be fixed for the 2023 model year. Be patient and wait a year. Let the kinks get worked out. 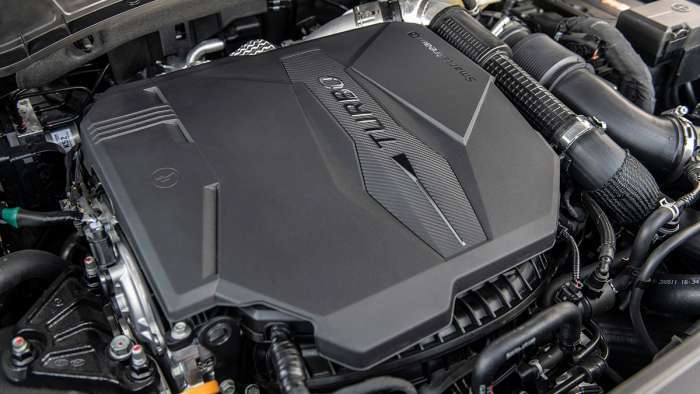 The second thing is the choice of engines. The 1.6-liter 4-cylinder direct-injected, turbocharged engine from the Hyundai Kona would be the better choice because its low-end peak torque delivery seems better suited to a sport activity vehicle, which isn’t built for speed. Also, a seven-speed dual-clutch transmission just seems to make more sense.

The third issue is the targeted market: urban dwellers. They’re a myth, especially in light of the pandemic when people moved out of cities in great numbers. The 2022 Santa Cruz will sell in great numbers among the people who don’t need marketing to. The challenge comes with the 2023 year and beyond. 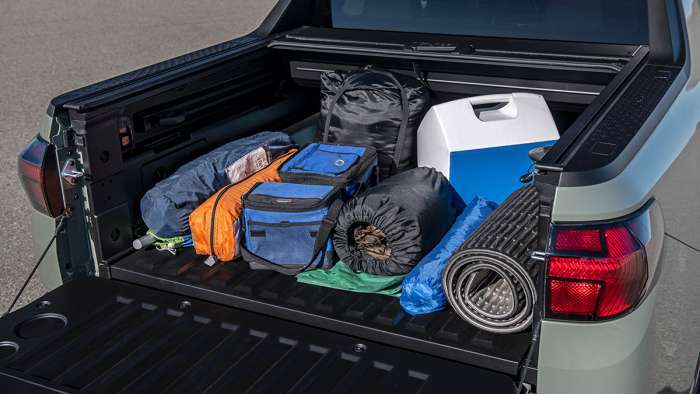 The fourth issue is it’s a four-door sport activity vehicle. More room could have been gained in the bed if this was a two-door vehicle with a small interior cargo area that could seat two kids in a pinch. It’s an educated guess but the market for the Santa Cruz isn’t going to be families; it’s going to be active couples with no kids. A coupe, so to speak, would make the bed more functional. 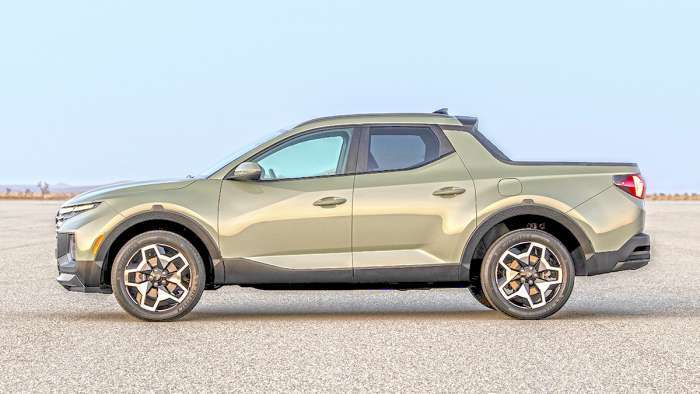 What do you think? Are there other issues that come to mind? Are these issues we raised incorrect? Comment below.