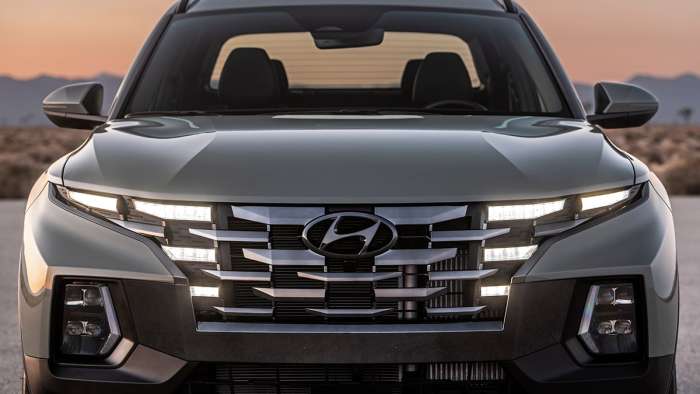 Hyundai has unveiled the much-anticipated 2022 Santa Cruz. Whether you call it a sport activity vehicle or a compact pickup, there are 5 good things to know about the 2022 Hyundai Santa Cruz.

By the way, it’s important to note we are not rabid fan boys for the Santa Cruz. There are also 5 bad things to know about the Santa Cruz for some balance. 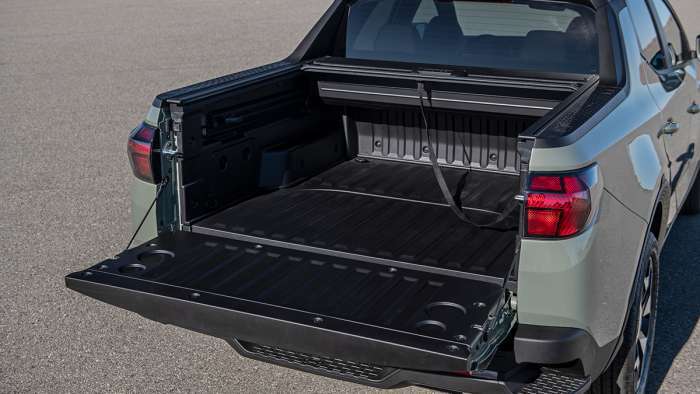 The first thing to like about the Santa Cruz is its underpinnings. It’s based on the Tucson platform. It uses the 2.5-liter engine found in the Tucson. It’s not the right engine choice in our humble opinion but it is a good engine. Hyundai isn’t starting from scratch, which bodes well for the 2022 models.

Second, the interior looks stunning. Too many automakers skimp on base model designs. Hyundai continues to do well in this regard. Its interiors continuously outshine the competition. The center stack display features an edgeless infotainment screen appearance, with 10 inches of visibility. Under the rear seats is convenient, in-cabin storage, which makes up slightly for less covered cargo space. 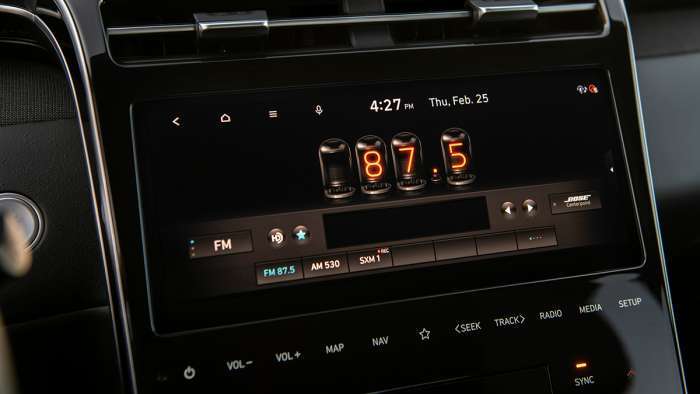 Third: available all-wheel drive expands the Santa Cruz’s appeal to both the Northwest and Northeast (and lets throw in the Midwest while we’re at it). It makes no sense to introduce a niche vehicle that instantly gets scratched off most consideration lists.

The fourth thing to like is the towing capacity. The 2.5-liter, 4-cylinder engine is rated at 3,500 lbs. for towing and the 2.5L Turbo AWD model boasts 5,000 lbs. of towing capability. That right there is some serious towing capacity.

Fifth, the Santa Cruz is going to teach Hyundai how to eventually build midsize pickup trucks. That’s important for the automaker’s future growth in the United States.

What do you think? Are there other issues that come to mind? Are these issues we raised incorrect? Comment below.

Art wrote on April 20, 2021 - 2:48pm Permalink
Can it be towed behind a motor home 4 wheels down? Or does it have to be on a dolly?
Marybeth wrote on April 20, 2021 - 7:09pm Permalink
When is this available for sale?
Rick Ohnsman wrote on May 6, 2021 - 10:04am Permalink
Looks like you're playing both sides of the net Ken with both 5 Good/Bad things articles. I'm currently driving an '03 Ford Sport Track and both the Santa Cruz and Ford Maverick catch my eye. I wasn't in the mainstream with the ST, but that's ok. The F-150 and other full size trucks are way too big & expensive for me. I don't tow anything or do serious offloading. Even the midsize trucks are too expensive. I have only bought used vehicles for the past 25+ years. If the Santa Cruz can be had for under $27k (or the Maverick for less than that), I'd get serious. If an EV option were available, even better.