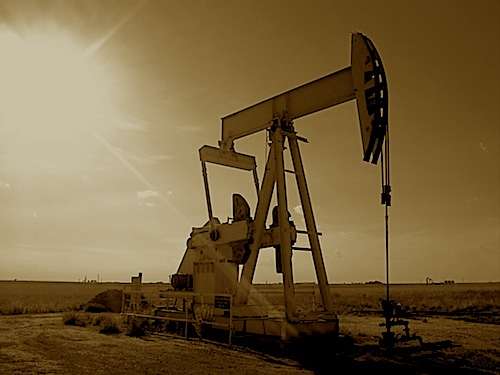 Why Do Some Hate Electric Cars?

Like it or not, electric cars are becoming an ever increasing part of our automobile industry, with promises of better home energy security and eventually lowering pollution emission. So what’s all the hate?
Advertisement

It’s hard to image why would a car running on good old home USA made energy insight awe and hatred. What is scary about a little city car that offers people another choice and runs on American made energy? The problem is as always how it’s presented, then politically manipulated and finally sold to the mass. In reality, the electric car is a bleeding edge paradigm shift for the automobile industry that grapples with turning a conventional internal combustion engine car into a rolling computer stock.

It’s All About Energy, Stupid! In the end, we can argue until blue in the face but the biggest appeal electric cars, EV and their plug-in hybrids, PHEV cousins have is the potential to secure our local energy and diminish the drain petroleum corporations have on our economy. I felt smug recharging my last EV for free a little while back. So why are there still people bashing EVs?

Historically Speaking. Anyone who knows anything about cars knows the first internal combustion engines were dismal, at best. 12 liter engines would push out a measly 20 horsepower. Eventually it was fine tweaked over decades and billions in subsidies. These days, a 1.5L pushing in excess of 160 HP is not uncommon. Still, it wouldn’t have happened with time and money. So what’s all the hate with EVs fairly new technology?

Darn Subsidies! Last year, Congress decided to continue billion dollar subsidies to the petroleum industry while slashing education funds. To add a slap to the injury, while the U.S. suffered its biggest recession ever, the petroleum industry posted almost extreme profits, while taxpayers were hard squeezed. When gasoline went to the unimaginable $4 a gallon a year ago, there was much upheaval. Predictably so, it went down only to creep up to now $5.20 a gallon, here in Los Angeles. Do petroleum companies really need those subsidies to get harder and harder oil? So, how is that working for you?

In comparison, an electric car runs on a few cents a mile instead of double digits for a gasoline equivalent, all U.S. energy rates averaged. Yes, they are expensive and not too many have $40,000 but it doesn’t stop many from living on credit card debt buying massive TV sets and other conveniences. Somehow, a $40,000 car that runs on home made energy that brakes even in a few years at this gasoline rate is unimaginable. How many families own a second or third car that could easily be converted to electricity and relegated to short trips nearby?

More Darn Subsidies. If you consider the amount of time and subsidies the gasoline engine received throughout this past 100 years, it should make you wonder where the electric battery technology for cars would be today. If you vehemently oppose battery technology loans, then you should feel the same for petroleum company receiving your hard earned tax subsidies. So what’s all the hate about?

The Answer. Short of the obvious, educating people to understand long terms strategic planning in lowering their energy bill, electric cars need to be represented as what they are, bleeding edge technology that comes at a premium so far and works best in cities and congested highways. Unfortunately, detractors being who they are know how to easily push buttons and send a hysteric mass into a frenzy against what essentially boils down to another choice of transportation.

We are not a wimpy nation and have braved disasters, so why panic when dealing with another car choice that secures our energy home? The real question is who is benefiting from the mass hysteria? Any novel technology comes down in price with time. So what’s all the hate with electric cars when they offer another mode of commuting?

LG's New EV Battery Plant Is a Welcome News for Tesla
Tesla Giga Berlin's New Hurdle: It's Not Only the Gov't, but Now Tesla Itself
END_OF_DOCUMENT_TOKEN_TO_BE_REPLACED