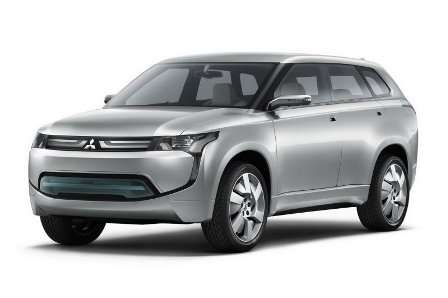 States caught with the conundrum of electric vehicles not paying taxes are working to find ways to leverage loss income. Washington’s answer is a $100 EV tax.
Advertisement

It had to happen, some states are caught between encouraging people to buy more, hence the incentives on cleaner energy cars such as rebates on electric vehicles. The problem with electric vehicles, and certainly not for those who own one is that they don’t pay gasoline taxes, removing important funds from repairing the dilapidated state of our roads. Washing ton State is trying to balance incentives and making it fair for everyone.

Washington State Taxes EV Drivers. Washington state electric vehicles, EV owners will soon have to pay a $100 tax other motorists don’t have to pay, at least directly. The reason is that the tax works to partially make up for the loss of fuel taxes. Since EV owners don’t pay for fuel at the pump, this lack of tax that goes into up-keeping our roads and more needs to be found somewhere else. The yearly $100 tax should be payable when the owner registers the vehicle at the DMV and will only effect vehicles powered by electricity that can go above 35 mph. See David Herron's article for more info: Washington State electric car tax going into effect in 2013.

$100 Is a Bargain! No matter how you look at it, $100 is still a bargain compared to how much money you spend on gasoline, it’s continual trend up in price and yearly budget. Still, this is another $100 to factor into the equation whether or not to buy an EV for Washingtonians. And we can bet other states will closely watch how this tax is received. Will it hinder sales of EVs? Not necessarily. After all, EV owners are well aware they escape the taxes that maintain the road they drive on. At some point, EVs will also have to pay their fare shares to use roads.

According to HybridCars, Washingtonians pay around 55.9 cents per gallon in taxes, which would make 180 gallons or so at current prices equivalent. While most people might not know off the top of their heads how many gallons of gasoline they use in a year, it is a very safe bet to acknowledge it is well over 180 gallons.

For states caught in the economic turmoil of our nation, unable to balance a budget, this might seem like a good solution. However, the relatively small amount of EV owners in states might not make this a big deal. The bigger deal is that once such a law is passed , it opens the way to raise fees year after year. While there are no easy solutions to the dilemma, some suggest slapping a tax to the electric bill that are related to charging an EV. A hard case to prove, or disprove. Nonetheless, electric vehicle owners will have to pay at some point in order to use roads, either via taxes or other means.

John Goreham wrote on January 2, 2013 - 12:08pm Permalink
Please remember that the gasoline tax does not directly fund road repair. In fact, a significant percentage of the gasoline tax is diverted to other uses such as mass transit (trains). So It is hard to not to giggle a bit that there is a tax on EVs that then goes in part to fund trains running enpty half the time burning diesel. I am not an expert on Washington State's state tax system, but In Mass. all funds collected go to the general fund and are then spent by the legislature. It is prohibited by the state constitution to sequester funds for any specific purpose. Tolls, sales tax on cars, excise tax, even the RMV's profit, which exceeded a half billion recently, all must be placed into the general fund. Good luck trying to figure out how much auto related funding goes in vs how much comes out.
Nicolas Zart wrote on January 2, 2013 - 12:59pm Permalink
I hope the article didn't make it seem all taxes collected on gasoline went to road maintenance. That would be ludicrous, especially in California where our roads, at least in and around cities are in deplorable state. Yes, mass transit and transportation is part of the tax. Thanks for the clarification. On another note, I tried one day to calculate a commuter diesel locomotive's MPG and the train conductor laughed and said he never thought of it that way. The calculate gallons per hours burned. In all fairness, it still is the best and most efficient way to transport good and humans, but that is another topic.
danwat1234 wrote on January 2, 2013 - 4:59pm Permalink
$100 per year sounds ok but maybe it should be based on odometer readings and EPA MPGe so it's completely fair. 180 gallons for a gasoline car is around 5400 miles if 30MPG. I wonder if it would also apply to motorcycle EVs like Lit Motors or regular electric bikes or the abandoned Aptera There really shouldn't be any EV tax for many years. Might make the gas guzzlers angry but then they shouldn't be using as much gas.
Nicolas Zart wrote on January 2, 2013 - 6:01pm Permalink
It sounded like it was EVs all across the board, motorcycles included. Indeed, EV taxes is a tricky thing to pull but politicians are good turning to us when they need more money so EVs won't be shielded forever. Hopefully that won't deter those needing an EV to buy one. On another note, Aptera is not completely out of the picture. Off radar, yes but what I heard form the rumor mill is that they are working on different types of vehicles.
danwat1234 wrote on January 3, 2013 - 12:23am Permalink
I thought Aptera was dead,, Zaptera might happen but I haven't heard any news for a long long time. No good news on apteraforums.
Nicolas Zart wrote on January 3, 2013 - 10:44am Permalink
It seems one of the owners is working on hybrid and PHEV boats. Maybe there will be an IP buy out. It wouldn't surprise me.
JD wrote on January 8, 2013 - 10:25pm Permalink
I think it is another attempt to kill the electric car. We already are paying a lot more to buy the hybrids, PHEV, and EVs and we pay taxes on that. We should not have to pay a yearly added tax! Unless they want to pay us yearly for reducing air/noise﻿ pollution and reducing smog. Are they going to charge gas cars and trucks because they need to make sound barriers. This is really stupid! Wait till these vehicles have a chance to be the mainstream. There are so few, they are not going to make any reasonable amount of money. This is meant to be a penalty on those who want to do the right thing. I would like to know how much these politicians are getting from the oil companies.
Nicolas Zart wrote on January 9, 2013 - 11:43am Permalink
That's a good point: "Unless they want to pay us yearly for reducing air/noise﻿ pollution and reducing smog." Although I don't think they are deliberately looking to kill EVs, we can see how most states cannot balance budgets and run huge deficits. Funny if we could do the same with the IRS: "Sorry, can't pay because I can't balance my budget!" Although I agree it is a pernicious fee, somehow states need to find money to maintain their infrastructure and the only they know how to do this is to make people pay more. It's a strange dilemma. I'm sure other states are eying this debate intensely to see if they can do the same. The more people voice their opinion, the better it will be for all involved.
JD wrote on January 9, 2013 - 11:59am Permalink
VA wants to charge EV, PHEV and Hybrids $100 and remove the gas tax for everyone else. Now that really seems like an assault on the electric car! You want to charge people for using the roads, make more toll roads, then you are fairly charged for the roads you use when you use them. I don't mind paying local and state taxes, I just don't like having it applied to an industry that we need to encourage before it can get a foot hold. You really want to save money, remove the subsidies for the oil companies!
Nicolas Zart wrote on January 9, 2013 - 1:49pm Permalink
Now that's silly and not very constructive. It's too bad because I'm starting to see more and more EV related companies in the South and it would be a shame to throttle back this much needed business boom. I agree with you, if they want to make it fair, build toll booths and stop oil subsidies. I'm sure it won't last. Hopefully enough people will voice their discontent. We need to foster competition and new business models, not thwart them. If we need a reminder, we can always see how other countries are starting to get ahead of us.