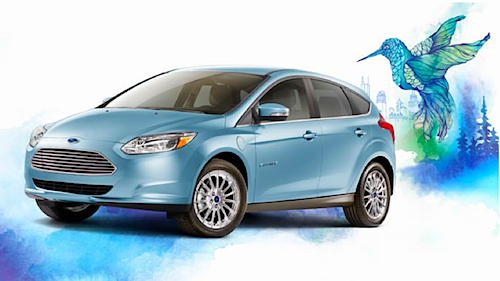 The Pros and Cons of Gasoline Cars

With the flurry of pros and cons of the electric car articles written, we tend to lose the bigger scope of why these cars are showing up on our streets.
Advertisement

It seems everyone has a point of view, sometime visceral about electric cars, EV these days. With all the pros and cons electric car articles, how about those gasoline cars?

The Pros & Cons of Gasoline Cars. Obviously, pitting gasoline cars to the newly revamped electric cars is not a good recipe for accuracy. Gasoline cars have had over a century to mature into what they have become today. It certainly didn’t happen overnight sprinkled with a few decades of little to no innovations. From its enthusiastic beginning to racing and finally the rationalizing of many carmakers into a few global players, where are we today and why are those pesky electric cars hutting the streets currently?

Range Anxiety Feeds Marketing Pockets. When the recession officially hit after a few years of being felt, many carmakers were left with bloated gasoline cars on the lots. Gasoline car technology gathered a few advantages over the century compared to the “renewed” electric ones that hadn’t had time yet to develop. With copious amounts of tax breaks for petroleum companies and automakers, gasoline was kept at an artificially low price which spurred little innovations. If gasoline cars get on an average 350 miles per tank, in Europe and Asia where gasoline price are price are higher, carmakers were forced to make more frugal gasoline engines. Range was increased to the detriment of raw power. Although gasoline backers will claim conventional cars have better range, I don’t see too many people drive over 350 miles without stopping. That is not only harsh on your body, it is also dangerous. For now the range edge is in the gasoline camp.

The Pollution Effect. There are many ways to measure and rate pollution form production of energy needed to manufacture and running cars, to simply tail-pipe pollutants. While the pollution problem electric car manufacturing cause, i.e. moving tail-pipe pollution to electric powerhouse has been dispelled many times over. Yet, no one should say EVs solve our pollution problem. Transportation is a small percentage of global pollution. With modern gasoline and electric cars polluting less, the point goes to both camps.

Intelligent Petroleum Intake. The real problem is that petroleum comes from places that are deemed “unstable”. Anywhere from 40% to 60 of our gas tank money goes outside our nation and winds up in countries hostile to us. This makes the simple fact of gassing up unpatriotic. Carmakers have chosen different roads to wean us off foreign petroleum. Mitsubishi and Mazda have worked hard to develop frugal gas engines without sacrificing raw power. Mazda’s ActiveSky technology has pushed piston engine technology to an impressive limit. Other have decided to play it safer by offering their current cars in a gasoline, hybrid and electric version. Others have bet some of the house, as Nissan and starts ups like Tesla Motors have bet everything on it.

In the end, extremes never bring more than over-enthusiastic debates that don’t solve problems, only create more. The electric car isn’t here to solve anything. It is here to answer a problem we all feel at the pump, high gas price with no relief in sight. In its infancy, EVs are only great so far for urban driving. If your budget allows, a Tesla Roadster will get you as close to what a performance gas roadster will give you. Electric cars might not solve everything, they certainly offer something the automobile industry has robbed us from over the past decades of decadent buy-outs and consolidations, choice and innovation.