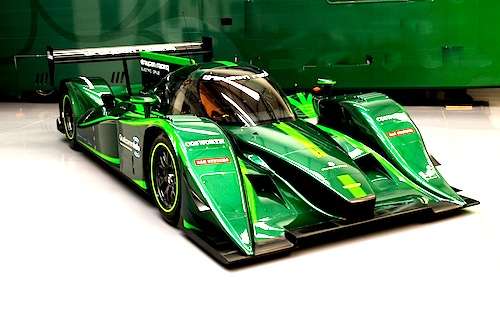 Lord Drayson's Electric Racer Will Be at Goodwood Festival

Electric car racing has taken a serious leap this year with EVs showing up at some of the most prominent international races.
Advertisement

It’s confirmed, Drayson Racing Technologies will bring its sleek electric-powered prototype B12/69EV at this year’s Goodwood Festival of Speed, in June. The race will happen between June 29 and July 1. This the first time the general public will see the electric B12/69EV’s running making it a milestone in the car’s ongoing development programe for future electric endurance races.

Technically Speaking. The B12/69EV can sport over 850 hp and clock over 220 mph in one of its specification. The EV racer is on par with modern day racers but the only drawback is as we all know, the battery pack could not last as long as a grueling 24 hour race. Instead, by using a Lithium Nanophosphate battery cells made by A123 Systems, the battery pack manufactured by Mavizen, is lodged where the internal combustion and gearbox would normally be. The EV can pack 700V with 60 kWh, enough to give lap some impressive times. Using four axial flux Oxford YASA motors for its drivetrain with inverters supplied by Rhinehart, they are each rated at over 212 hp. It all comes out to about 850 hp. Weighing in at 1000 kg, about 2,204 lbs, a little over the regular 2,000 lbs allowed in LMP1 racing, this first foray into endurance EV racing is only looking for others to join in and start a new type of competition. The EV was particularly well though out, using as far as the dampeners to recoup enough energy to light the LEDs on the entire racer.

“Electric racing is set to transform the future of our sport and through continued advances in technology, we now have a viable alternative to fossil fuels. The Festival of Speed attracts an outstanding number of visitors and is the perfect place for us to demonstrate our car to the public for the first time.”

Gary Axon, Goodwood Motorsport Press and Public Relations Manager, notes: “With electric-powered racing continuing to take off, we are therefore delighted that Lord Drayson has chosen to give his remarkable car its track debut at this year’s event.”

The Drayson Racing Technologies B12/69EV unveiled this year heralds the beginning of something new we hope will start a new dawn in racing history, electric endurance prototype racing.