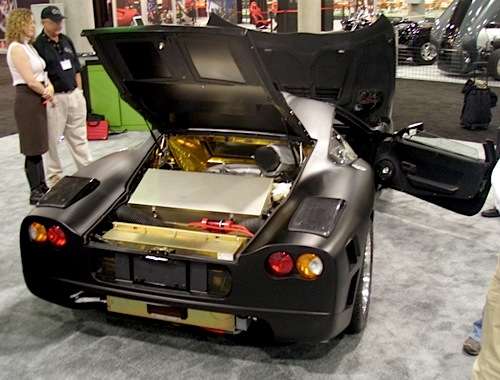 Is It Time For An Extended Range Generator Complete Redesign?

So far the only platforms you will see on plug-in hybrids are series and parallel. Would turbines, fuel cells, circular or tubular engines be a better fit?
Advertisement

One thing plug-in hybrids commercially have in common is that they share the same traditional piston design engine. By now you’ve probably heard or read many stories about the complexities of plug-in hybrids (PHEV), so-called “range extenders” that are no more than traditional internal combustion engines (gasoline engines) tweaked toward better efficiency. Still one thing remains, they will never be very efficient, having been designed after all for something else.

To Tweak, Or To Invent. It never stops to amaze me to see the amount of ingenuity in the automobile industry. Of course, not all that intelligence goes down to the production line, as we have witnessed before but the advent of the electric car has had another unintended consequences, that of allowing for more out of the box thinking and designing. If you think about it, it’s a great relief after about three decades where cars progressively got heavier, bigger, bloated, irrelevant to finally downright ridiculous.

The problem is as follows when using a small onboard fossil fuel generator, you either use what current technology has the closest to what you need and tweak it to work in that setting, or you invent a new system. Of course for recession-caught, cash-strapped Detroit carmakers, the choice was simple back in 2008. They already make gasoline engines, all they needed to do was to tweak them toward better efficiency. With a regular gasoline engine tuned from the de facto and commonly found Otto cycle to the Atkinson, the engine could be used at an RPM band where it was as efficient as it could. All of this is taken without consideration whether the engine acts as a generation in the case of full-time series plug-in hybrid (S-PHEV) systems, or parallel (P-PHEV), or a hybrid of both, such as Chevy’s Volt.

The Candidates. The candidates so far have been fascinating, interesting, intriguing, shall I go on? From older 1950s ideas, to the 1970s and onward, these systems have been tested lately with surprising results. To the question: “Do we still need traditional pistons for engines?” Such a question reviews our design fundamentals, pistons or not, turbines and blades or fuel cells? Circular disk energy or hydraulics? No matter where you look, there is always an intriguing project cutting on energy while raising efficiency.

Here is a quick glimpse to show you so far some of the best “inventions” when it comes to plug-in hybrids and extending their range.

The Circular Extended Range Engine. Out lack of better words, the circular engine has only one moving part, its blade. Turbines and other circular engines have a lot going for them. They are small, usually more efficient than an opposing piston engine and have a higher energy output versus weight than heavier piston engines. Here is one such example; A Circulatory Combustion Engine To Extend Range For Plug-in Hybrids.

The Piston Heads. When it comes to pistong engine design, none could be more mind bending then this intriguing rotating opposing piston ball; Hüttlin Kugelmotor Could Revolutionize Extended Range. Wrap your head around this concept! How about something simpler like the German Free Piston Linear Generator (FPLG) developed by engineers at the German Aerospace Center’s (DLR) Institute of Vehicle Concepts?

All in all, the use of an electric motor to make a car more efficient has opened a Pandora’s box of innovations, inventions and straight up outside the box thinking giving us some truly interesting alternative energy systems for cars. In the meantime, this might be a good to revisit if we still need to use pistons in plug-in hybrids or would circular or fuel cell be better?