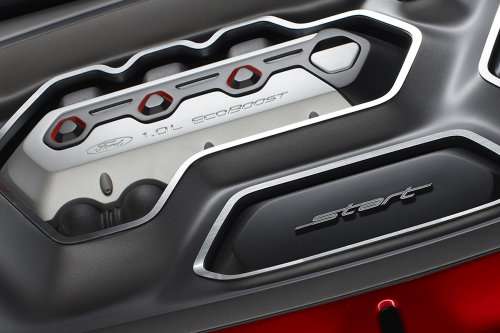 Ford's strategic EcoBoost move and what it means to you.
Advertisement

Ford has impressed many over the past few years and has shown a steady climb to not only financial health but a revamped offering that does answer what its customers seek. It’s EcoBoost line, along with its smart hybrid design and current electric car (EV) range of cars shows the company has carefully and intelligently paved the way forward, well ahead of its competition.

There is much to be impressed coming from the company who only 4 years ago had gaps in its line of cars, was trailing others in terms of innovations and frankly said was known as the F150 and Mustang makers. Much to its credit, CEO Alan Mullaly shook things up by revamping its Taurus brand, introducing the Fusion, brought in the Focus and Fiesta, and my favorite, the Transit Connect. Yet the real paradigm was in the strategy. EcoBoost was to pave the way forward, against the common path taken.

What is EcoBoost? At a meeting held at the Petersen Museum in Los Angeles on its Green Line Up at Event in Los Angeles, Dan Kapp, director of Ford Powertrain Research and Advanced Engineering, Ford Motor Company explained the daring strategy behind EcoBoost. In a nutshell it could be summed up by dropping a few cylinders, adding performance and turning up the efficiency factor. EcoBoost combines different technologies so that a smaller engine has the same or better horsepower output than a bigger one while substantially reducing gas mileage and emissions. By using turbocharging and direct injection, the average miles per gallon (MPG) increases and CO2 emissions are lowered.

Yet, EcoBoost also makes use of other technologies Ford is bringing to its cars, as well as continuing to further powertrain advancements. It’s Fuel Shut-Off and Cam Torque Actuated (CTA) Intake Variable Timing (iVCT) dramatically improves engine efficiency by making sure the gasoline inject into the engine is burned as efficiently as possible. Combining all these technologies has greatly improved Ford’s image, as well as landed many awards.

On the hybrid side, the company has been making regular strides by refining its technology. Hybrids now sport more condensed and powerful battery packs with enhanced electronics throttle control and electric air-conditioning to lower engine torque dependency. All of this to once again, raise fuel efficiency and keeping prices affordable.

But this is where I feel Ford has really stood apart from other national makers so far. It not only has had to go against the grain that a bigger engine is better, it has proven a smaller one can outperform bigger blocks, at every level. The company also has used wisely its European and Asian departments engine designs, something we would have frowned at using here and made it appealing. Ford has rationalized its development, engineering and production by having only one source, then distributed it worldwide, something many companies still haven’t done. In many ways, Ford has applied basic business intelligent but has carried it out with rationally and with success so far.

The company is not resting on its laurels, it has introduced the first gasoline direct-injection twin-turbocharged 3.5-liter EcoBoost V-6 engine produced in North America. In fact, by 2013 more than 90% of Ford's North American lineup is stated to be available with EcoBoost technology.

Next, we will look at Ford's intelligent development of electric cars.

Anonymous wrote on January 9, 2012 - 9:21pm Permalink
GO FORD
Nicolas Zart wrote on January 18, 2012 - 9:24pm Permalink
It's funny, a few years back I wouldn't have spent a penny on anything Detroit. After driving a few prototypes, mules and final series from Ford, I am very pleasantly surprised. Ford really gets it. In a few interviews I conducted with their VPs and Treasury, it was clear tey understood the mistakes they made, and much to Mullaly's credit rebooted the entire company. So far, I'm betting on them. We can only hope the local competition management wakes up also. Thanks, Nicolas