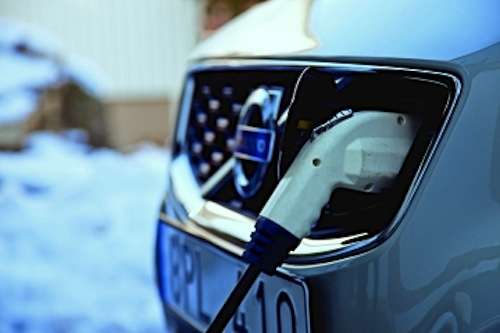 ELVIIS Was Spotted Near Electric Cars In Sweden

Yes, you read it right, and no there is no typo, ELVIIS is alive and well working on electric cars in Sweden.
Advertisement

OK, let’s back up a little and clarify the confusion. What is ELVIIS? ELVIIS is a Swedish consortium between Volvo and Ericson, amongst a few companies working on soothing the nagging problems with electric cars, mainly the recharging dilemma and building a smart electric grid network.

ELVIIS Is Cross-industry. ELVIIS, stands for Electric Vehicle Intelligent Infra Structure because we still need to tackle this last barrier and obstacle before the complete take over of the electric car. This project has a nice trick up its sleeve. It wants to be cross-industry and help you plug in anywhere, at any time in any outlet. Sounds lofty but if it accomplishes this goal, it could revolutionize the industry and how we plug in to drive our cars.

The problem when it comes to electric cars is that companies only used to focus on the technology part of the rolling stock and not the overall experience. Where are you Steve Jobs when you’re needed? Finally Nissan did an outstanding job interpreting the entire user experience around owning and operating an electric vehicle, EV. This created a complete universe of buying the car, having the recharging station available, user apps and other useful monitoring tools, as well as a crucial well trained team of on demand tech support. Soon other companies followed but there are still limitations that need to be addressed, mainly to make the abundant electric sockets around the country easier to reach and have them know who you are. For this, our aging and antiquated electric grid needs to develop some smarts and become a full-fledged multi-purpose grid intelligently shunting electricity and provider a modicum of two-way communications.

Enters Stage Right, ELVIIS. The new Volvo C30 Electric sports a 7-inch color touch screen display, which the company nicknamed "Smooth Charging" and where a driver can control the state of the recharge. Once the electric C30 is plugged in, the driver uses the main touch screen or even hers/his phone, and why not a tablet, then gets a choice of different charge settings, ranging from duration to total energy withdrawn, thus actively managing its energy consumption. So far nothing new here since almost any EV has those features, and if not, soon enough. Where ELVIIS shows its genius is in the mobile technology that optimizes the process. In other words, while the grid is getting smart, the work is done through an intelligent use of technology.

Mobile Apps, GPS And The Grid. By pooling in the best of modern and ubiquitous current technology, the charge point triggers a GPS pinpoint and servers kick in behind the scene to determine the best electricity price, as well as its availability. Better yet, the grid becomes a smart one by using other cars on the grid to determining who is connected, who has what, who will need how much energy and allocating the best amount of resources for everyone. Now that is smart use of technology if I have ever seen any for the past decades.

Fundamental Philosophical Points. Obviously by now, acute readers will come up with a few contingent points, as well as issues with such a system. At this stage, drivers needing a quick recharge, in a hurry or for urgent purposes will be given priority. What this also points to is a system of paying a premium for on-demand energy, favoring those who charge at off peak time. At least, it would work like this until everyone could use as much energy as needed whenever. However, this would also create a new business model for utilities, as well as tackle the delicate and crucial energy load-balancing problem, plaguing the onslaught of electric cars, EVs and plug-in hybrids, PHEVs for the grid.

Technology To The Rescue. This also means drivers will have a lot more flexibility, such as the capacity to be notified of any interruptions in the charging cycle either via a message or email sent to their cell phones, or other mobile devices. They will also be able to have the bills charged to their utilities, much the same way cell phone roaming used to be. And if that last point sounds moot to you, just imagine those annoying houseguests who ask to plug in their EVs feeding on your electric bill. You will be able to calmly smile and say they need their own user account to plug in.

Five Volvo C30 Electric cars are currently being tested this upcoming year in Europe. The energy company Göteborg Energi and IT researchers at the Viktoria Institute are also working on this promising electric vehicle recharge system called the ELVIIS project.

Toyota's First EV Will Have a Name of BZ: Toyota BZ
First Videos From Inside The Boring Company's Las Vegas Loop
END_OF_DOCUMENT_TOKEN_TO_BE_REPLACED