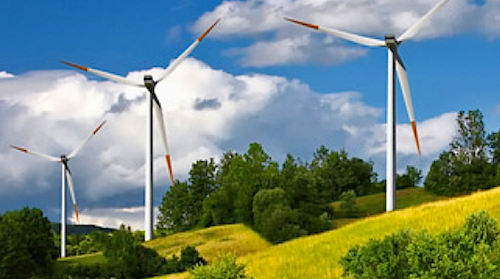 The News Media sensationalism never rests with “articles” claiming electric cars pollute, when in actuality the dirty source of electricity is to blame.
Advertisement

Unless you’ve been snoozing this week, you will have noticed the suspicious bad rap around electric cars. Unfortunately, this is what we’ve come to expect from the press these days, sensational headlines, warped titles that capture eyeballs and justify advertizing. So what is the deal behind the new push on electric cars polluting more than gas cars?

Dirty Energy Pollutes. No matter where you go on this planet, one constant will always be true, dirty energy pollutes. What we mean by dirty energy is creating electricity by burning coal, petroleum or CNG. China has enjoyed tremendous growth in a fairly small amount of time and pollution standards were never high on the list. An article in India claimed electric cars polluted more than gas cars, and a new wave of sensationalism engulf yet another media frenzy.

Clean Electricity. The push for clean electricity is crucial for countries. It assures national security by creating abundant and renewable energy domestically, instead of relying on other countries to determine energy costs. While most of our electricity in the US is coal based, there is a strong move toward alternative, cleaner energies, solar, wind, geo-thermal and the grand daddy of them all, plentiful hydro-energy.

Driving On Clean Electrons. EV groups and associations are quick to point out at the growing trend of electric car drivers who use their own solar panels to power their EVs and plug-in hybrids. The same can be done with wind turbines and hydro, if you live near water. At this stage, astute readers will see the white elephant in the room. How do governments and big corporations make money on alternative energy? While in the US, one half of the government prepares for the inevitable alternative energy era, the other tries to squeeze as much mileage out of the petroleum industry by scaring consumers away from electric cars. It’s a tug of war and as usual, consumers are caught in the middle.

Solar panel companies are leasing PV panels to consumers and installation costs have drastically come down these past few years. Utilities like Southern California Edison are working on alternative energy and energy conservation already boosting 14% clean. In other words, there are more solutions than problems with the current state of technology.

Frank Sherosky wrote on February 16, 2012 - 12:01pm Permalink
Good article. Been following this so-called dirty debate for a long time. Until clean electricity becomes ubiquitous enough to meet the demands of the hungry grid, though, we have little choice but to use nuclear and natural gas as the greener of the so-called dirties. There are no new hydros areas to exploit, except maybe the ocean; wind has potential and solar has potential but are totally subject to location; and our demand is growing as well. So, the next addiction is electricity, and we need more than source to provide; otherwise, we will be in the same boat as we are with oil.
Nicolas Zart wrote on February 16, 2012 - 11:19pm Permalink
Absolutely Frank, you make great points. While the notion that one hour of sunlight has enough energy to meet the entire planets daily need, we are not close enough to harvest such energy. On the flip side, wind is great but it also depends on location and time of day. Finally, the only truly 24hrs a day renewable energy is hydro, especially ocean waves and tides. That could be a nation's primary energy source, granted those with sea fronts. I feel solar and wind can be back up, or temporary burst energy. All in all, clean energy already exists, it's just a matter of planning well and doing it right. Thanks for the comment, Nicolas.

Elon's Memo Shows Tesla May Have a Shot at Record Q3 Deliveries
Elon Musk Says LFP Battery Cost Is "Closer To Nickel," But Has Other Advantages
END_OF_DOCUMENT_TOKEN_TO_BE_REPLACED