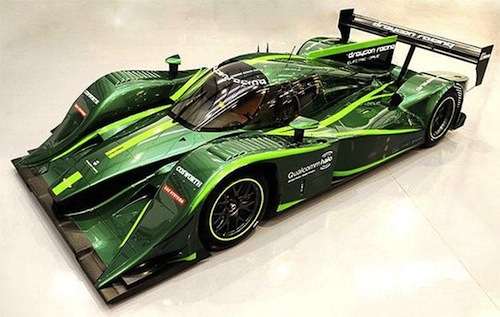 Do Electric Cars And Plug-In Hybrid Need To Make Noise

A heated discussion than never seems to cool off is whether or not electric and plug-in hybrids need to make noise. A better question would be, should people pay more attention when near cars?
Advertisement

One of the most beautiful promise of the electric car, EV and other plug-in hybrids, PHEV is that they are silent. Unless you live in the middle of nowhere, noise is not a problem but in a congested city, silence is dearly sought after. I’m a car guy, like most of you. It took a lot of convincing before I actually tried an electric car. I preferred the noise, the smell and of course, the vibration of my Alfa Romeos. But what I discovered with electric cars was subtlety and power.

The Zen Of EVs. What I discovered is something hard to explain unless you experienced it, silently cruising in a car that has a lot of power. It’s a myth, an oxymoron but drive a Tesla Roadster and you will know what I’m talking about. What I felt in the Roadster was that my two hands were undisturbed from gear selection as I threw the Tesla in corners. My attention wasn’t robbed by other factors such as engine noise, gear selection or even braking. The car let off when I decelerated, perfect for corner entrance negotiated too fast. It was a Zen-like feeling driving in silence and feeling the incredible amount of power under my right foot.

Should EVs and PHEVs Make Noise? To this question, many have voiced their opinion but common sense and a general view of driving and the automobive world should clarify a few things. After writing my previous article; Cars Without Keys: Fobs And Fads, that basically asks, what are the consequences of being so automated, the next logical question is to ask if cars should make noise to inform absent-minded folks they are near multi-ton vehicles.

But What About The Disabled? It might come as a shock but the disabled pay more attention than your regular pedestrian. After all, it’s a question of life and death for them. But that doesn’t mean we shouldn’t consider a warning system specifically for them. So all of this begs another question, do we need to educate electric vehicle drivers or pedestrians?

How about both? In a world increasingly depending on automated tasks, we tend to become a little lazy and forgetful. From plug-in hybrid users forgetting to turn off their cars, to people texting, nose deep on phones oblivious to cars around them, it’s obvious we are spatially challenged. As Paul Scott from Plug In America once told me, all you need to do is be careful, have a pre-recorded message on your car warning a car is near you and I would add, pedestrian education.

No, electric cars don’t need to add noise to their silence. We just need to all be a little more careful near cars, instead of making electric and plug-in noisy.

William wrote on September 14, 2012 - 1:49pm Permalink
The cars don't need a "sound maker" and most people would rather it not to have one. The cars make enough noise as is. It would take a severely hearing impaired and blind person to cause any problems. Most problems "associated" with EVs are caused by inattention. (which is caused by people looking at their phones and mobile devices more than paying attention to their environment.) People need to pay better attention.
Nicolas Zart wrote on September 14, 2012 - 11:50pm Permalink
I couldn't agree with you more William, unfortunately there are plenty of people pressing politicians to take action on what would seemingly be a common sense problem. When near cars, anywhere, beware! I'm not sure how our society started fixing problems backwards, not really fixing anything in the end. In the meantime, it certainly justifies the lavish lifestyles many politicians have when they appear to solve problems. Go figure.
Jpwhitenissanleaf wrote on September 15, 2012 - 7:22am Permalink
The Nissan LEAF does make a noise below 18 miles per hour. Nissan did this without be forced to by regulation. It makes sense. Prius by comparison makes no noise when on electric drive and they can creep up on you unawares.
Nicolas Zart wrote on September 15, 2012 - 1:06pm Permalink
I think we will see more and more carmakers come up with their own solutions before the government wants to step in. I hope this will be before the angry vocals want louder noise.
Anonymous wrote on September 16, 2012 - 9:59pm Permalink
Ultimately it is the driver that is responsible if they run someone over. I am deaf in one ear and when I am talking on the phone I cannot hear the world around me. I manage to cross roads without being run over. Totally deaf people cannot hear the loudest truck and also manage to cross the road with out being run over. I think the noise maker idea is just a ploy by the anti-green crowd to annoy. It seems like a disingenuous request. Besides electric cars will still have horns. Imagine living on a main road and all the noisy pollution belching cars are changed to electric cars. The black soot would no longer coat every surface and you could wake up in the morning hearing the birdies a tweet-tweet-tweeting in the trees. :-)
Nicolas Zart wrote on September 26, 2012 - 11:48am Permalink
Thanks for pointing out the white elephant in the room! Exactly, deaf people manage to not get run over by cars, loud or quiet. So this point is moot, as you mention. It all boils down to paying attention when we're near cars, something we have been taught over and over again as kids. Thanks, Nicolas
Mark Gemmell wrote on September 17, 2012 - 6:38am Permalink
Good discussion topic. Thanks. I agree with all the comments and article. As a daily Tesla driver I enjoy the silence and understated power you mention. In general it would seem unnecessary and a regressive step to consider adding low-speed noise to alert pedestrians (it rather reminds me of the red flag man walking in front of early motorised vehicles). However recent studies (by the NHTSA) have indicated the increased chances of low-speed accidents involving pedestrians and bicycles with Hybrid Electrics. If the public are used to noise and can't be persuaded to be more attentive in a more silent city, then there may be no choice but to add some kind of acoustic warning. It will only take a few court cases to force this issue. Sad but true.
AnonymousJJ wrote on September 18, 2012 - 5:14pm Permalink
Actually that NHTSA study was a sham. The study did not take in to account vehicle miles traveled or pedestrian density of where the accidents occured. And big surprise, people who buy hybrid cars tend to drive longer distances (hence justifying their purchase through fuel savings) and drive in urban areas more often (Hybrid cars get relaitvely better mpg in city drving due to regenerative braking). If the study had accounted for these factors, they most likely would have found the cars safer per mile traveled. Not to mention, quieter cars allow the driver to be more aware of their surroundings.
Mark Gemmell wrote on September 18, 2012 - 5:37pm Permalink
Ok, cool. The report I read was the updated one and if there were any errors of this nature I might have expected them to deal with them, but maybe they didn't want to for some reason. Perhaps they wanted to reach the conclusion they reached? Who knows. If its wrong then I'm happy. I don't plan to add noise to my Roadster or Model S when it arrives :)
Nicolas Zart wrote on September 26, 2012 - 11:53am Permalink
You both make a great point and it will boil down again to being more careful around cars, silent or not. After all, they are multi-ton moving vehicles. You could also add an MP3 player and record whatever you want instead of the horn, say something like: "Please be careful, as you might not have noticed you are on a road where fast and heavy cars travel at a certain speed and will take a certain amount of time to stop, if not could reduce you to a life in a wheelchair or worse..." or something a little less dramatic for sensitive ears :) Thanks, Nicolas

Tesla Contemplates A New Strategy for China Retail even As Sales Boom
Jay Leno on Elon Musk & EVs: “I Think He Should Get ... Credit"
END_OF_DOCUMENT_TOKEN_TO_BE_REPLACED