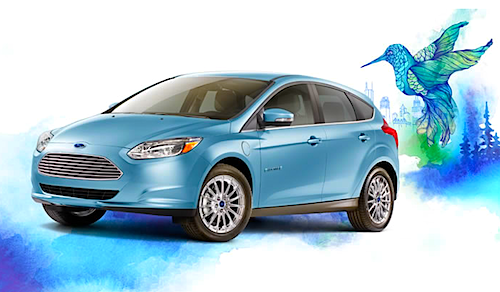 Cars Without Keys: Fobs And Fads

The last decade has seen a rise in keyless car entrance and push buttons start devices. Is it revolutionary or simple gimmick?
Advertisement

Racing cars don’t have keys. You push, you pull or use another equally effective way to start the engine. Practically all early cars had some sort of such devices to get the engine going. Once cars became a hot commodity, they attracted people stealing and thus doors adorned keyholes. But locked doors are child’s game for robbers. Then came the ignition key system to start a car. Without it, you couldn’t get it going. While this was a safety feature, racecars never had to deal with this.

Modern Cars Are Cool. In the late nineties, exotic car started introducing sometimes intelligent designs, sometimes not so much, bordering on PR hype. While paddle shifting a Ferrari raised eyebrows, it was also fun to drive a Ferrari gonzo in canyons only using two hands and your right foot. With it, came also the entry keyless fob. Now, you didn’t need to have that car key ready in your hand, the car would detect your proximity and unlock itself for your entrance. But as John Voelker points out is that it can also come with a blatant security flaw.

Turn Off You Plug-In Hybrid! According to Ryan Turner, a Volt owner on GreenCarReport, a few Volt owners have forgotten to turn their car off. What happens when you leave the silent plug-in car on for a long time? The battery pack will eventually deplete itself from running auxiliary components and the gasoline engine will come on. You can figure out the rest when the car is left in a closed garage at the bottom of your house...

The obvious solution to this is an app that communicates with you, or using GM much touted OnStar system to ask if you left the Volt running on purpose, or if you forgot. But this nagging issue is not just a plug-in hybrid, PHEV, hybrid, HEV or electric car, EV problem. It’s a modern day car issue.

By automating just about everything, we become forgetful. By making automatic cars, we forget about fuel consumption and we have a tendency to gun it at red lights. By not having to unlock the door, we feel a sense of freedom by exiting without having to lock the door. The problem is that the company automating all these features can’t think of everything for us. We still need to double check and make sure we are using our cars intelligently.

This problem begs the question, do we really need keyless entry fobs? I would say not. I have no problem taking out a key, introducing it in a steering column and starting an engine. If manufacturers really insist, the start-push-button combo works also. It’s kinda “cool”, kinda sports car but it’s not something I would ask for in any car.

Aaron Turpen wrote on September 15, 2012 - 4:58pm Permalink
They're extremely convenient. Therefore, they'll become standard equipment eventually. The solution to your problem is simple: if the keyfob is not within close range of the car and the engine/interior is warm/cooled, shut the car off automatically. They already do this if the car is driven away from the keyfob (stolen).
Nicolas Zart wrote on September 15, 2012 - 5:13pm Permalink
The answer is simple, a software tweak should do it but the article hints at automation makes us forgetful. To be honest, I don't care whether I push a button or twist a key to start a car. I do care in the increasing number of people texting and doing strange things in cars, like not paying attention and other spatial challnged related problems that seem to stem from over-automotaion. You have to let people realize that they are driving a multi-ton engine. Software automation is crucial but not to the detriment of paying attention.
Aaron Turpen wrote on September 15, 2012 - 5:22pm Permalink
There's an app for that.. :)
Nicolas Zart wrote on September 16, 2012 - 7:36am Permalink
There's an app for everything. Wasn't that you who posted young Luke Skywalker's iPhone LifeSaber with a gazillion apps on it yesterday on FB?
Aaron Turpen wrote on September 16, 2012 - 3:21pm Permalink
It was Obiwan with an iPhone for a light saber and an Android Samsung for a shield. I didn't post it, I just liked it. :)

Tesla Contemplates A New Strategy for China Retail even As Sales Boom
Jay Leno on Elon Musk & EVs: “I Think He Should Get ... Credit"
END_OF_DOCUMENT_TOKEN_TO_BE_REPLACED