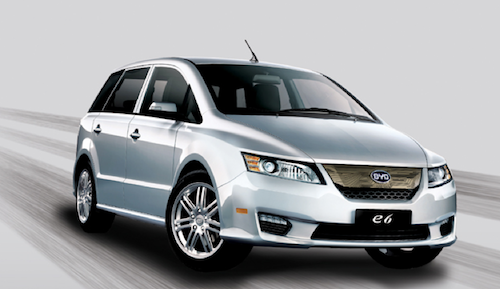 BYD has had a rough ride these last few weeks and the latest deadly e6 fire accident means the company needs to shore up its fresh image.
Advertisement

BYD Co., the Chinese electric carmaker poised to introduce its electric car, the e6 I briefly drove a few weeks ago is doing a lot of PR work to touch up its bruised public image. After a deadly car accident involving a speeding car crashing into its electric taxi at 90 mph, all occupants of the taxi died, sending the news media into a frenzy. The company is now claiming it wasn’t the battery’s fault.

Technically Speaking. According to the company, the fire wasn’t caused by the flammable fluids used to cool down the batteries. The fire was probably caused either by the hot tires or a spliced cable that ignited after the cab crashed into a tree. According to BYD’s Senior Vice President Stella Li who cited the initial findings from two external investigation teams, the battery fluids didn’t leak before the blaze.

BYD’s e6’s Success. Much is riding on the hopeful success of BYD’s all electric e6. The car is the flagpole of the company. BYD, originally a battery maker in China decided to take advantage of the Chinese government’s push for domestic electric car and create their own. After building a plug-in hybrid, the FDM3, it designed and built the all-electric e6.

E6 Ride And Feel. The e6 is closer to a cross-over than a regular car. The battery pack sports a substantial lithium iron phosphate, LiFePO4 rated a 48 kWh with a range of around 186.4 miles. The electric motor puts out a healthy 100 hp with 332 lb ft of torque. Fully charging such a hefty battery pack only takes 40 minutes using the 100kW fast charging cabinet from the company. With a top speed of 87 mph, the car can be driven in two modes.

The regular mode will probably get you closer to the estimated 180+ miles in city driving. Activate the sportier mode and the EV comes alive, at the sacrifice of range. The car felt pretty close to a production level we would be accustomed to in the West although a few tweaks will be necessary. The cooling fans were loud, which makes sense cooling this gigantic battery pack.

Although we can only imagine the naysayers salivating at the prospect of an electric car fire up yet again, the gist of the story is that the battery pack wasn’t the culprit. If BYD can build up the quality aspect of its all-electric e6, as it can probably do now, then it stands a great chance to be the first affordable long range cross over, before Tesla’s Model X.