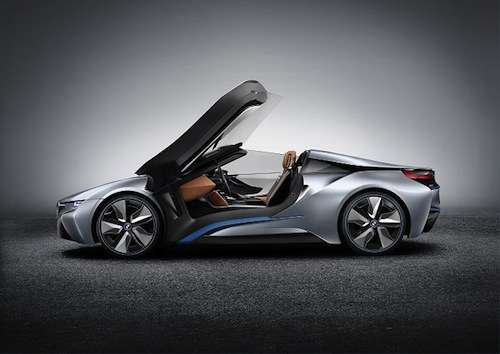 Hyundai and Kia dominate the Korean local car market, as you would have guessed with little competition. That’s why it is surprising to see BMW muscle in on the local turf with its i8 and taunt drivers. With a 26% sales increase since last year, up from 18% three years earlier, the company is looking to assert its presence in the Korean peninsula and jump start the competition that will eventually heat up.

Why BMW’s Sudden Interest? The reason is simple, South Korea’s agreed to a free-trade arrangement with the European Union, which took effect last year. The deal lowers import fees from the EU and boosts demand for European goods. In response to it, BMW’s vehicle sales rose 19% to 11,032 units alone between January to April, a sharp rise from the previous year. With the upcoming introduction of its plug-in hybrids and pure electric models, respectively the i8 and i3 in 2014, the company is determined to be well represented and continue its Asian market penetration.

Weak Charging Infrastructure. The only problem in Korea is that the country is lagging with its charging infrastructure. Currently charging stations and their network are only used by the government and its official Kya and Hyundai cars. The government has promised an extra 150,000 new charging stations by 2016, which is only still 3 years away. BMW is taking a massive bet hoping to jump start the competition and be well represented. Most other companies have been fighting for the Chinese emerging market, so far leaving Korea fairly untouched.

Other EVs and PHEVs. As for the rest of carmakers, the approach is wait and see. While GM Korea said it will produce the electric version of its Chevrolet Spark next year for the U.S., it has no plans to sell it in Korea. Only the Renault Samsung Motors strategic partnership will supply the electric Fluence Z.E. next year to local government organizations. It also has no plans to sell them at local dealerships. As for Japanese car makers, no one seems to have any plans to sell all-electric cars in Korea.

BMW is betting big on the upcoming electric charging infrastructure the Korean government has promised. By making sure its presence it well felt, it will be able to assert its dominance on new players with an early start. In the meantime, we will have to wait and see how the Korean responds to BMW’s bold move forward with its upcoming pure electric i3 and plug-in hybrid i8.