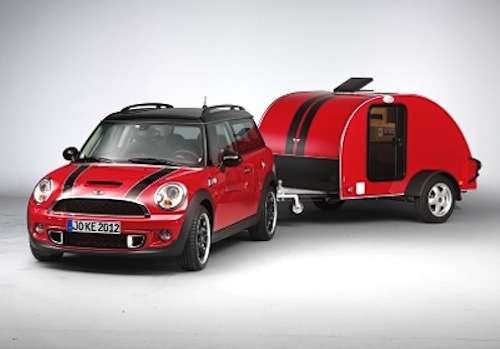 There is no denying, BMW is beating the iron while red hot and hailing its sales success wit a retrospective of the MINI at the New York Auto Show, two new unveiling and more products.
Advertisement

Last year has been good to BMW and the company knows it needs to continue to push through. Sales were particularly strong, especially due to its MINI and Bentley flagship with China taking the lead. A motorcycle is still what defines BMW and continues to be its strongest product. So what can we expect form the New York Auto Show?

BMW And The New York Auto Show. You can expect to see a retrospective of the MINI with hints at what the company is promising for its future. And yes you guessed it, there will the unveiling of the 7th and 8th version of the MINI brand. The MINI John Cooper Works Countryman promises an extremely sporty version of the first five-door MINI with its all-wheel drive system ALL4. The other will be a special 10 Years Anniversary edition designed specifically for the USA. The new car is based on the MINI Cooper with a 121 hp. The special anniversary model will be available in red, white and blue.

Technically Speaking. For the John Cooper Works Countryman, this MINI will make full use of its 4 cylinder engine Twin Scroll turbocharger, sporting direct injection and variable valve control. The 1.6 L engine delivers a healthy 208 hp and generates a maximum torque of 206.51 lb ft, with a peak 221.26 lb ft using the over-boost feature. The 0 to 60 is done in 7 seconds. It comes standard with an aerodynamic kit, 18-inch light alloy wheel rims, a sports chassis including with lowered suspension, sports exhaust system with chrome tailpipe trim and exclusive design features for both exterior and interior.

Sales Figure. BMW is continuing last year’s strong sales numbers with its best ever first quarter in worldwide sales for 2012. According to Ian Robertson, Member of the Board of Management, Sales and Marketing BMW, at the New York Auto Show: “With over 400,000 BMW, MINI and Rolls-Royce vehicles sold worldwide, we have had an outstanding first quarter and the best ever in the company’s history. We have seen over 16% growth in the U.S. this quarter and we expect further momentum with the new BMW 3 Series Sedan on the market, as well as the introduction of the BMW X1 to the U.S. in September this year.” The numbers speak for themselves, the record first quarters in both the U.S. and China contributed to the BMW Group’s strong results. In the U.S. alone sales climbed +13% in March to 29,806 vehicles, compared to the previous year of 26,382. And as of year to date, 75,729 vehicles have been sold in the country, which means an increase of +16.6% over the previous year at 64,957. In China sales were particularly interesting, where the company achieved strong double digit growth in the first quarter with over 75,000 vehicles delivered company red to its previous year of 58.506.

As you have read on TorqueNews, the introduction of the BMW X1 in the U.S. market means the company can continue its international success with its launch late 2009. The company has so far sold over 264,000 X1 units worldwide.

If for some reason you are traveling the south of France, then head on out to the famous Le Castellet race track where you will be able to see the world premiere of a limited-edition motorsport model at the MINI United Festival in May, that Dr. Kay Segler, Senior Vice President MINI Brand Management announced. Visitors will get to see the MINI John Cooper Works GP there with its high-performance turbo engine, racing-oriented suspension technology and exclusive, aerodynamically optimized body components. The MINI John Cooper Works GP follows in the footsteps of its predecessor and will be the most powerful and the fastest road-approved MINI.

In the meantime, BMW continues to enjoy strong sales and is diversifying its portfolio. The introduction of two new MINI at the New York Auto Show will add to an already exhaustive line of its best selling MINI cars.

LG's New EV Battery Plant Is a Welcome News for Tesla
Tesla Giga Berlin's New Hurdle: It's Not Only the Gov't, but Now Tesla Itself
END_OF_DOCUMENT_TOKEN_TO_BE_REPLACED