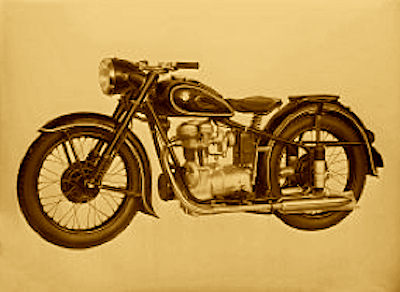 BMW Group Classic Takes Care Of Its Past, Present And Future

The BMW Group Classic is actively making sure you remember it’s past is well taken care of and carrying onto the future your collectables with their latest display at the Techno Classica 2012.
Advertisement

BMW might not be the oldest car company in the world but it certainly has been one of the quickest rising stars. Founded in 1917 in the Bavarian countryside of Germany after a restructuring of the Rapp Motorenwerke aircraft engine manufacturing firm, the Bavarian Motor Works company stopped making military airplane engines and switched to motorcycles by 1923. What you might not be aware of us is that BMW didn’t start making automobiles until 1928 with the Dixi, an Austin 7 licensed from the English firm, Austin Motor Company. The straight 6 cylinder we are accustomed to takes its root from its aviation past. While it made airplane engines again before and during WWII, it finally ceased after the war.

Two Wheels To Four Wheels. The post WWII BMW’s life was split between making motorcycle and cars. While the motorcycle division faired well, the same couldn’t be said about the automobile side. In order to avoid bankruptcy despite a stunning but much over-priced 507, the board members agreed to lease the rights to manufacture the Italian Iso Isetta, which eventually sported BMW’s own engines. It wasn’t until the 60s when things begun to shift in their favor, especially after buying the Hans Glas company, mostly for its timing belt and its overhead came shaft technology. The company’s automotive section was squarely launched using its newly acquired Glas technology. BMW began to advertise heavily and did what any company needing to do then to be recognized did, race its cars.

Techno Classica 2012. Techno Classica will also hail the M3 ‘s 6th generation celebration. BMW’s highest-selling premium car and heartbeat will be featured as it savors, with over 12 million sold to date. And to further celebrate, BMW announced it will compete again this year in the DTM race series for the first time since 1994 after Alfa Romeo took surprising wins these years. BMW Group Classic will line up some imposing icons from motor racing history, such as the BMW M1 Procar, BMW 320 Group 5 and BMW M3 Group A, as well as the current DTM show car.

Two Wheels Are Alive And Well. But BMW’s biggest achievements stand not on four wheels but two. BMW motorcycles have always been of great quality and the new upcoming ones follow the same trend. The famous transversely mounted two-cylinder boxer engine concept can be traced back to the very earliest days of BMW motorcycle construction. In fact, the first BMW motorcycle, the BMW R 32, was powered by a similar boxer engine. This rare bike will be joined on display at the Techno Classica 2012 by other models, including the BMW R 5 SS, R 51/3 and R 75/5.

It’s good to see BMW taking care of its older cars, which represent the rich heritage and culture it has gathered throughout the decades. It seems BMW took a cue from Mercedes who is well known to offer close to anything at your disposal for any models it ever made. Collecting old Mercedes was once easier than BMWs, now things will somewhat change. All in all, we are happy to the famous Bavarian BMW introduce its BMW Group Classic for the collector car market and we hope some of you may a