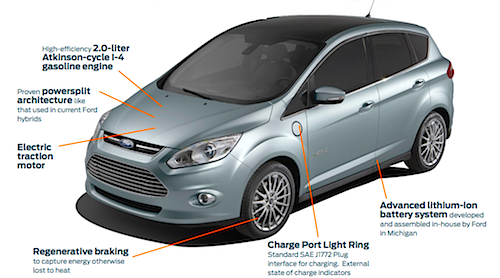 Betting On Hybrids Until Electric Cars Are Mainstream

Carmakers bet everything on hybrid for the next 8 years until pure electric cars become the de facto solution.
Advertisement

It should come as no surprise that global carmakers see more of a profit in manufacturing hybrids instead of pure electric cars. After all, car companies are tooled to build internal combustion engines and a radical shift to electric vehicles, EVs would be cost prohibitive and would not suit everyone.

Ford And Toyota, Smitten With Hybrids. In a recent interview with Bloomberg, John Viera, Global Director of Sustainability and Vehicle Environmental Matters at Ford recently said the company’s pure electric vehicles could comprise as much as 25% of its sales by 2020. However, he also said the beef of the revenues will come from different hybrid systems, including plug-in hybrids, PHEV.

Hybrid Stepping Stone. Again, it makes sense for carmakers to tweak gasoline engines for hybrid platforms. Until electric cars become a daily reality and can increase their range, the internal combustion engine will be used with as little as possible fuel.

As much as EV aficionados would like to see pure electric cars become a de facto part of our highways right now, the fact is that they are still at least 7 years away from being practical for more people and especially, more affordable. According to a research, see Lithium Price Down by 70% by 2020, electric cars will become financially competitive with their gasoline counterparts by around 2020. The research states that lithium battery technology could come as much as 70% by 2020. While the price of kWh differs according to the type of car, a hybrid’s battery pack, although smaller costs more on an average than a bigger plug-in hybrid, which in turn costs more than a pure electric car’s pack. If the current price of Lithium-ion battery pack is at around $500 to 800 per kWh, some experts believe single cells are way below at roughly $150 per kWh for carmakers. The problem is not just manufacturing but bulk pricing and assembly.

Lux’s Research. A new Lux Research paper adds even more depth to this complicated market in a study called: "Searching for Innovations to Cut Li-ion Battery Costs". The research covers and explains points often left out of the equation, such as the technical differences between various types of lithium-ion cells, future technological improvements that will impact cell costs, but most importantly, the differences between nominal and useable pack capacity and how lithium-ion batteries are the only solutions for plug-in vehicles.

The study concludes with over the next 8 years, incremental hybrid solutions will be used by automakers in order to cut down on fuel consumption while making a profit. So it’s no surprise to see companies as Ford and Toyota focusing on hybrids for the bulk of their profits until 2020 when pure electric vehicles will have more range and be on par with their gasoline hybrid counterparts.