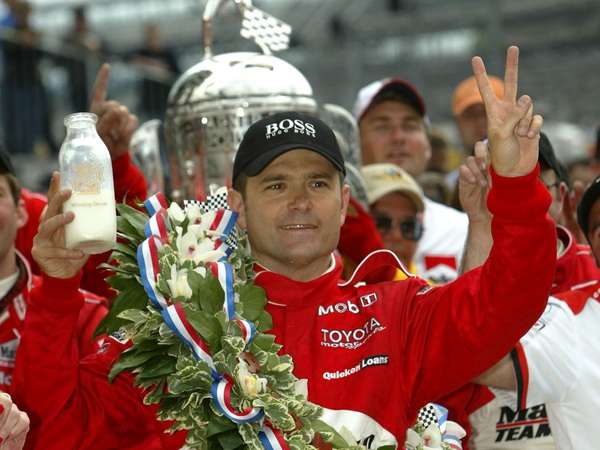 A racer with 20+ years of winning IndyCar and Formula 1 races has joined Formula E as both Ambassador and Advisor.
Advertisement

Ferran is a 45 year old Brazillian with over two decades of top-level motorsports experience in Formula 1, IndyCar and the American Le Mans series. Ferran will act as an advisor focusing on further enhancing their racing format, and will be an official spokesman for the Formula E especially in North America.

Ferran started racing in 1980 in Brazil, and quickly became a leading driver winning the British Formula 3 Championship. He had two consecutive wins (2000 and 2001) in the IndyCar series, and won the 2003 Indianapolis 500. He holds the worlds closed-course speed record of 241.426 miles/hr set during qualifying for the 2000 season finale at the California Speedway.

Since retiring he's worked with Honda Racing, as an on-air analyst for both ABC/ESPN and NBC Sports, and started a racing team.

“Electric vehicles are undoubtedly playing an increasing role in the transportation landscape worldwide and as such, electric car racing will provide the perfect platform to help accelerate the development of relevant technologies and showcase the potential in an exciting way,” said de Ferran. “The FIA Formula E Championship is the leading global initiative in electric car racing and I am thrilled and honoured to be able to lend my expertise to this exciting and ground breaking endeavour."

Alejandro Agag, CEO of Championship promoter Formula E Holdings, added: “We are delighted to welcome Gil to the FIA Formula E Championship. His passion for our series and the promotion of sustainable mobility, coupled with his international recognition in the world of auto racing, will be an incredible asset in helping us grow our Championship. With two consecutive IndyCar titles to his name, not to mention winning the Indy 500, his proven experience will help us fine-tune the format of the series and attract top-level drivers whilst delivering a great spectacle to the fans.”