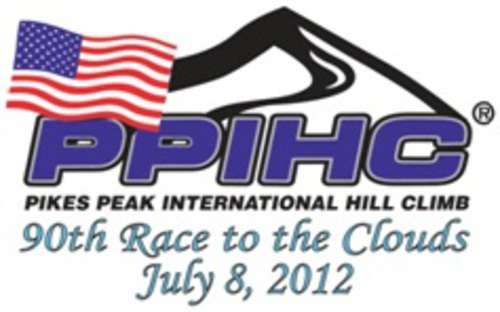 The 90th Pikes Peak International Hill Climb was due to have been held next week, but the wildfire near Colorado Springs made it impossible to hold the race to the clouds.
Advertisement

Yesterday, in the face of an epic fire a few miles away, the organizers of the Pikes Peak International Hill Climb announced postponement of that yearly race, which had been due to take place on July 8. The site of the race, Pikes Peak, is a few miles from Colorado Springs and the Waldo Canyon which is going up in flames.

Event organizers met with officials from the Forest Service and numerous agencies tasked with the safety and support of the race to discuss the prospects of holding the race on the scheduled day. Among the events associated with the Pikes Peak Hill Climb is simply the arrival of over 211 race teams and crews, media, and fans who make the trek every year to observe the race. These people would have begun arriving this weekend if not earlier, which would have complicated responses to the fire. With the large number of burnt homes and massive evacuations in the area, all the hotels in Colorado Springs are reported to be booked solid with residents fleeing to other nearby towns for shelter. The last factoid is that the fire is impinging on U.S. 24, the main route between Colorado Springs and Pikes Peak.

Clearly if the Pikes Peak Hill Climb had been held as planned would have gotten caught up in the response to the fire, as well as finding shelter for the newly-homeless residents of Colorado Springs.

“We have been informed by the U.S. Forest Service that conditions are so extreme, along with the inability to forecast the future of the fire, and with access to Pikes Peak in jeopardy that the agency can’t permit the event to go as scheduled, “said Tom Osborne, Chairman of the Board of the PPIHC and President & CEO of the Colorado Springs Sports Corporation.

The Pikes Peak Hill Climb is the second oldest automobile race in the U.S., second only to the Indianapolis 500, and is in its 90th year. Osborne promised the race will be held later this year, and a new date will be set to accommodate race teams, support crews, and even the fire response efforts.

“This race began in 1916 and it has earned its place among the world’s greatest motor sports events, and it is an important part of the sports heritage of Colorado Springs and the Pikes Peak Region,” said Colorado Springs Mayor Steve Bach. “We are committed to making sure it takes place this year and that we carry on the tradition. We are disappointed, but our first concern is our city, its residents, their homes, businesses and public safety.”

Of the 211 entries, 7 teams were due to be driving electric cars up the mountain, including the Toyota Motorsports Group EV P002.

PPIHC organizers promise that all tickets, entries, vendor agreements, and media accreditations will be honored on the postponed date. The date for the postponed race has not been decided.

Tsingshan's Threat to Tesla: EV Maker Is In Battery Crosshairs
Tesla-Funded Research Reveals One of The Biggest Mysteries of EV Battery
END_OF_DOCUMENT_TOKEN_TO_BE_REPLACED