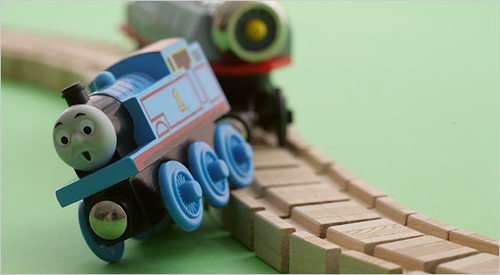 The transportation bills being considered by the Senate and House are operating in different universes, with the Senate following the usual bi-partisan process to create good transportation policy, and the Republican-dominated House larding their bill with extreme right wing ideology that would doom mass transit systems, gut environmental review processes, and fundamentally change transportation system funding in a bad way.
Advertisement

Traditionally the yearly Transportation Bill has been a bi-partisan non-controversial piece of lawmaking intent on making transportation system improvements across America. This year is different with the Senate and the House on a collision course. In the House, the Transportation bill has been extremely controversial, is heavily laden with extreme right wing ideology that many call disastrous for the country, and is doomed to failure and veto.

As previously reported the House Transportation Bill, a.k.a. HR7 American Energy & Infrastructure Jobs Act, is a blatant attempt to subvert the nation's Transportation policies in favor of the oil industry. The bill would kill mass transit funding, eliminate many other programs such as the Safe Routes to School program, gut environmental reviews of transportation projects, mandate opening up all off-shore areas to oil drilling, open the ANWR to oil drilling, and subvert the system of funding the transportation system in a way that many says is destined to build more bridges to nowhere.

The funding policy change is rather wonky, but critical to understand. Traditionally the transportation system has been funded from user fees such as tolls and gasoline taxes. The House bill would change this redirect anticipated revenue from increased oil drilling into funding transportation. This approach has several problems. First the existing user fees system is fair in that the amount of fees any one person pays is directly related to their use of the roads. Secondly, the revenue from oil drilling, even if it started tomorrow, would take 10 or more years to show up in government coffers because of how long it takes to get oil drilling operations underway. Third, the bill doesn't just open up wildlife refuges for oil drilling, it opens up controversial oil shale regions in Colorado and Wyoming for what would be an environmentally disastrous oil processing operation. Finally, it's thought that changing transportation system funding source will almost certainly increase political manipulation of transportation investments in the future, thereby increasing waste, fraud and abuse.

What the NRDC calls the worst transportation bill ever, has just gotten worse over the last few days. The House Rules Committee today added over 300 amendments to the Transportation Bill in a litany of extreme right wing ideology as applied to the transportation system. The provisions would eliminate funding for mass transit systems as well as pedestrian and bicycling infrastructure, eliminate funding for AMTRAK, slash regulation of coal waste, and coal ash, prevent regulation of the controversial hydraulic fracturing process (fracking), and much much more.

The result of this, if it were to become law, would relegate all alternatives to car driving (and fossil fuel use) irrelevant because the funding for alternatives would be erased. Additionally some of the provisions, such as weakening regulation of coal, coal ash, and hydraulic fracturing, aren't even transportation issues and do not belong in the bill.

Yesterday the Transportation Bill was seen as a disaster, with some Conservatives claiming it's an unaffordable boondoggle, with Democratic Party lawmakers in complete opposition to the bill, it appeared doomed to defeat. Both the Club for Growth and Heritage Action for America oppose the bill. In a desperation move the House Rules Committee additionally split the bill into three parts, so that each part can be debated and voted on separately. Under the strange rules being used for this bill, once the three parts are voted on they'll be recombined into one bill.

The Transportation bill process in the Senate and House could not be more different this year. The measure being considered in the Senate is the usual bi-partisan non-controversial bill, the sort you'd expect from Good Government. As we've just seen, the House bill looks like it was drafted by an extreme right-wing splinter group that's designed to be a litmus test, rather than a useful piece of legislation that accomplishes improvements in the transportation system. The bill not only puts the Senate and House on a collision course with conflicting bills, the Obama Administration has threatened to veto the bill if the House Republicans get their way.

"The Administration has serious concerns with provisions in the bill that would make America’s roads, rails, and transit systems less safe, reduce the transportation options available to America’s traveling public, short circuit local decision-making, and turn back the clock on environmental and labor protections," the White House said in a formal statement of administration policy. The White House went on to say “this bill jeopardizes safety, weakens environmental and labor protections, and fails to make the investments needed to strengthen the Nation’s roads, bridges, rail, and transit systems.”

Anonymous wrote on February 14, 2012 - 10:44pm Permalink
Extreme right wingers? Wah! I got a tissue for your issue cry baby.