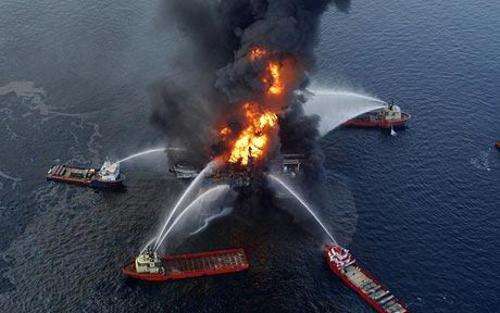 According to the NRDC, House Speaker Boehner wants to steer America onto a disastrous transportation policy path, that makes America's energy security and environmental problems worse, is financially dangerous, and leaves the nation's highway system subject to political manipulation akin to taking a road to nowhere.
Advertisement

On Feb 2 the House Committee on Transportation and Infrastructure will consider a reauthorization of federal surface transportation programs under a proposal from Speaker Boehner he calls the American Energy & Infrastructure Jobs Act. The NRDC describes Boehner's plan as an attempt to hijack what's normally a bi-partisan process in order to further the interests of the oil companies.

That act, unveiled last November by Speaker Boehner, aims to, as Boehner's website says, "create millions of new American jobs by eliminating some of the unnecessary government barriers that prevent our country from utilizing its vast energy resources". The plan does this by lifting "President Obama’s drilling ban on new offshore areas by requiring the administration to lease offshore areas estimated to contain the most oil and natural gas resources," and "set clear rules for the development of U.S. oil shale resources and promote shale technology research and development," and finally "open less than three percent of ANWR’s 19 million acres in the North Slope, ... , for oil and natural gas development." The new revenue coming from new oil and gas exploitation would be used to fund spending on highway repair and construction.

In short, Speaker Boehner wants to slash away more of the environmental protections, keep America on the path of using dirty fuels with their negative environmental impact, and keep America on the path of ignoring the threat of peak oil looming ahead of us. This sort of plan puts Speaker Boehner in the "Drill Baby Drill" camp that says the path to national energy security is to drill more oil wells, no matter the consequences.

In a blog post by Marc Scribner of the Competitive Enterprise Institute (CEI) it's pointed out that Boehner's plan breaks a long-standing "user pays" system where transportation system funding comes from user fees, such as the gasoline tax. Speaker Boehner wants to change that to a different funding source that "will almost certainly increase political manipulation of transportation investments in the future, thereby increasing waste, fraud and abuse". Scribner went on to say “Congress is well known for going down roads to nowhere."

What we have here is a collision between different directions the U.S. should take on national energy policies. On the one hand is the oil-friendly Congressmen in the "Drill Baby Drill" camp pushing for the model Speaker Boehner proposes. On the other hand are certain realities about America's oil supply, which say clearly to anybody that can look at the facts, that we must end the use of fossil oil, and move to clean energy systems.

In his State of the Union address the other night Obama said that rather than be obstructionary to new oil and gas drilling, his Administration has allowed that activity to flourish. Namely "Over the last three years, we’ve opened millions of new acres for oil and gas exploration, and tonight, I’m directing my administration to open more than 75 percent of our potential offshore oil and gas resources. Right now -- right now -- American oil production is the highest that it’s been in eight years. That’s right -- eight years. Not only that -- last year, we relied less on foreign oil than in any of the past 16 years."

Even though domestic oil production is the highest in 8 years, America still imports well over half of the oil it consumes. This is a national security and national economic policy problem, because it puts America at risk to manipulation from foreign oil producing countries, and ships zillions of dollars of America's GDP overseas to buy oil. The collision between different directions is over what is the best direction to take to solve this problem.

Obama went on to say "But with only 2 percent of the world’s oil reserves, oil isn’t enough" recognizing a fact some of us call "peak oil". Namely that U.S. production of oil peaked way back in 1971, and that U.S. oil production has steadily declined ever since. America doesn't have enough oil resources inside its borders to make any significant difference. This means that the "Drill Baby Drill" crowd is speaking nonsense, that their path of drilling for more oil cannot solve the national energy security problem, and that Obama knows this when he said "This country needs an all-out, all-of-the-above strategy that develops every available source of American energy. A strategy that’s cleaner, cheaper, and full of new jobs."

Unfortunately Obama believes "We have a supply of natural gas that can last America nearly 100 years" and wants to use natural gas as a transportation fuel. A few years ago the prospects for the natural gas supply was dim, until the controversial hydraulic fracturing technology began to be used. Obama's remedy for that controversy is to require disclosure of the chemicals being used, which makes one wonder if the environmentalists will be satisfied with mere disclosure. Not to mention the methane gas releases from fracked wells that are wreaking greenhouse gas disasters.

Obama went on to talk about clean energy, wind turbines, batteries for electric cars and grid storage systems, energy efficiency, and more. Obama also talked about the need to repair America's "crumbling infrastructure" but suggested a different funding source than revenue from increased oil drilling. Instead, in the next few weeks he plans to "sign an executive order clearing away the red tape that slows down too many construction projects" and for funding he suggested they redirect the money no longer being spent on the war. A peace dividend, if you will, namely: "Take the money we’re no longer spending at war, use half of it to pay down our debt, and use the rest to do some nation-building right here at home."

The NRDC website has a fact sheet about this titled "Don't Drill and Drive".

John Tamplin wrote on January 31, 2012 - 11:41am Permalink
Personally, I think we ought to be drilling to increase our domestic supply now (while still considering environmental issues), and also working to get off of fossil fuels. I think the only viable option for the scale we need is nuclear power, and as it takes a long time to build we need to be building them now.

Tsingshan's Threat to Tesla: EV Maker Is In Battery Crosshairs
Tesla-Funded Research Reveals One of The Biggest Mysteries of EV Battery
END_OF_DOCUMENT_TOKEN_TO_BE_REPLACED