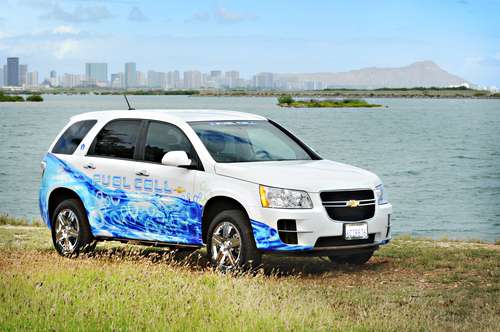 GM to provide their fuel cell technology, which GM and BMW will jointly work on.
Advertisement

(TorqueNews) Detroit, MI - BMW's latest collaboration agreement on clean vehicle technology appears to be a deal with General Motors on fuel cell systems. The deal would give BMW access to GM's fuel cell technology, and in turn they'll work together on further development. The deal was reported today on the German news website, WirtschaftsWoche, whose report says that GM and BMW are nearing an agreement.

The report says to expect a memorandum of understanding (MOU) in mid-January, after the Detroit Auto Show, and that neither company would outright confirm this report. BMW would only confirm that they are in negotiation with an American company.

A fuel cell vehicle is an electric vehicle, that carries an on-board fuel cell to charge the battery pack. There is a trade-off between fuel cell, hybrid, and battery electric vehicles, in energy storage density, refueling speed, refueling infrastructure and how clean it is. The fuel for FCV's is hydrogen, and typically hydrogen is extracted from natural gas, but when consumed by the fuel cell to produce electricity the only "exhaust" is water vapor.

Last month BMW and Toyota announced an agreement to work on lithium battery technology at the cell level, apparently planning to work on battery chemistry refinements.

In March 2010 GM announced they'd developed a "production-intent" fuel cell system, small enough to fit into the space of a traditional four-cylinder engine, which they expect will ready for commercial production in 2015. The WirtschaftsWoche report reiterates GM's expectation to begin fuel cell vehicle production in 2015. BMW is said to envision fuel cells in "the second generation of electric cars", replacing the battery pack, but not before 2020.

As many have noted in the past, commercial fuel cell vehicle production always seem to be 3-5-10 years in the future. In that regard nothing is different in this announcement, it's still several years into the future. This can be seen as one of the competing lines of research which could lead to cleaning up the transportation system.