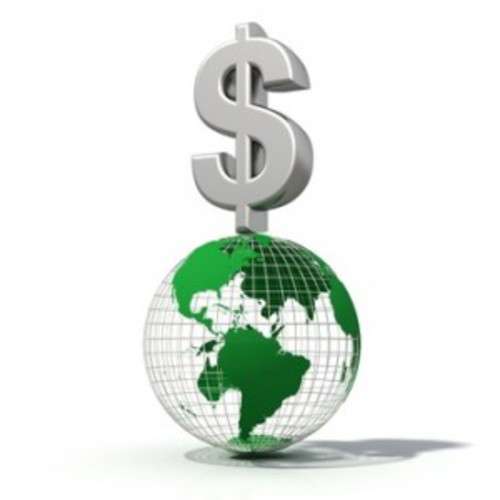 Buying an electric and hybrid cars generally means paying the "hybrid premium" bump in price for the vehicle. For example the 2013 Ford Fusion SE has an MSRP of $23,495 whereas the hybrid model carries a $4,000 price premium for an MSRP of $27,495. Ford Motors released a info from a survey today showing the majority of American's will pay more for green products, and a slightly smaller majority is taking measures to drive more efficiently. Ford unveiled this survey in part to rationalize the company's new Auto Start-Stop technology that is an inexpensive way to automagically increase fuel efficiency.

As we reported separately, the 2013 Ford Fusion will have an option for the 1.6L EcoBoost engine with Auto Start-stop. The EcoBoost engine uses a turbocharger to boost gasoline engine efficiency, and the Auto Start-Stop feature automatically shuts the engine down when it would otherwise be idling. According to Ford, if 50,000 of these models are sold, there will be a savings of more than 14 million pounds of CO2 emissions and nearly 1 million gallons of gasoline annually. All this for a low low price of $295.

“As American consumers continue to get greener, Ford is rapidly introducing more fuel-saving technologies to expand the power of choice for leading fuel economy across our lineup,” said Ford group vice president for Global Product Development Raj Nair. “The new Fusion with Auto Start-Stop technology is an affordable way for consumers to enjoy some hybrid benefits including improved urban fuel economy and cleaner air.”

Ford's commissioned study from "leading market research firm Penn Schoen Berland" found that Americans are taking steps, sometimes dangerous ones, to increase fuel efficiency. These steps include coasting up to stops, driving more slowly, and even slipstreaming behind larger vehicles even though that's a dangerous thing to do.

Generally, says Ford, this result shows signs of a "greener attitude shift" among consumers, that they are taking these steps to increase fuel efficiency. It may not be a "green attitude" but a "monetary attitude shift" because fuel prices have been high this year. Other signs of a green attitude shift shown by the survey include: Saving money and helping the environment are top drivers of energy-efficient purchases; Almost all agree on the importance of fuel-efficient vehicles (95 percent), followed by energy-efficient appliances (93 percent) and light bulbs (85 percent); Seven of 10 respondents have changed their driving habits to save fuel; Sixty-four percent drive less frequently, 41 percent have slowed down, and 10 percent say they draft behind larger vehicles to save fuel; Thirty-two percent have done research to find cheaper fuel; Twenty-one percent have purchased a new vehicle with improved fuel economy.

Auto Start-Stop shuts the gasoline engine down when the vehicle is stopped, and seamlessly starts it again when the driver presses down the gas pedal. It can provide up to a 10 percent improvement in overall fuel efficiency, and correspondingly decrease tailpipe emissions.

At the individual level this feature fits the trend Ford has identified, that consumers are looking for environmentally greener products, that also are economically greener in terms of saving money. At the macro-economic level, government research estimates indicate that 1.9 billion gallons is spent due to traffic congestion, or 5 percent of all gasoline fuel consumed. This is not only emissions that the country as a whole could avoid emitting, and money the country as a whole could avoid spending on gasoline purchases.

How much more are consumers willing to spend for higher MPG? Ford's survey indicated that 25% of surveyed drivers were willing to pay a $1000 additional cost. The $295 added cost for the Auto Start-Stop feature should look like a bargain that will pay for itself in a couple months.