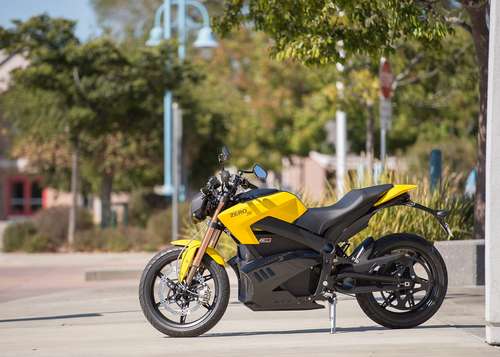 A long list of tax credits due to expire at the end of 2012 did not get lost in last weeks political insanity, and several clean technology tax credits including those for electric motorcycles and electric car charging infrastructure were extended until the end of 2013.
Advertisement

The U.S. narrowly avoided a self inflicted recession that was to be triggered by the "Fiscal Cliff" when Congress passed an emergency bill, the American Taxpayer Relief Act of 2012. There was a long list of special tax provisions due to expire at the end of 20112, some of which were related to green energy and electric vehicles. With the extreme political wrangling, these may have gotten lost, but instead they were preserved in the bill.

The Joint Committee on Taxation published an 8-page list of details of the tax effects of the Taxpayer Relief Act. The list of preserved tax items is good news for those in support of the green energy and technology proposals of the Obama Administration.

The tax credits for 2- and 3- wheeled electric vehicles has been preserved. This covers 10 percent of the purchase price, up to $2,500 maximum, and applies only to vehicles with a 4 kilowatt-hour (or larger) battery pack that can go over 45 miles/hr. This affects Brammo and Zero Motorcycles, both of whom are selling electric motorcycles with top speeds over 100 miles/hr, as well as several smaller electric motorcycle and scooter manufacturers.

Extension or reinstatement of tax credits for biodiesel and cellulosic biofuels, including adding support for algae as a qualified feedstock. There's a lot of interest in algae biodiesel or bioethanol, because this feedstock is not food and does not contribute to the "food versus fuel" debate.

Many of these provisions were simply extended for a year, meaning that around the end of 2013 there will again be a political fight over extension of these tax credits. In typical years these sorts of credits are renewed automatically, but recent political history in the U.S. has been atypical. As CNN noted, the extensions were implemented in the bill with language that simply swaps a December 31, 2013 date for the existing sunset date.

The $7500 tax credit for electric cars was not threatened by the Fiscal Cliff, and was not covered by the Taxpayer Relief Act.

Brammo issued a statement thanking U.S. Senator Ron Wyden (D-Ore.), Congressman Greg Walden (R-Ore.) and U.S. Sen. Jeff Merkley (D-Ore.), all of whom pitched in not only for electric vehicles, but for sustainability and clean energy initiatives overall. “This bi-partisan work and cooperation results in jobs and support for companies like Brammo,” said Craig Bramscher, CEO of Brammo. “It makes us proud when our elected office holders work together and excited for what this means for electric vehicles and the electric motorcycle industry, which will make these ‘vehicles of the future’ more accessible to all consumers.”

Jay Friedland, Legislative Director of Plug-in America, wrote on the Drivers Seat blog that "Plug In America is extremely gratified that two major plug-in tax credits which expired at the end of 2011 were extended as part of the final 'fiscal cliff' legislation just signed by President Obama."