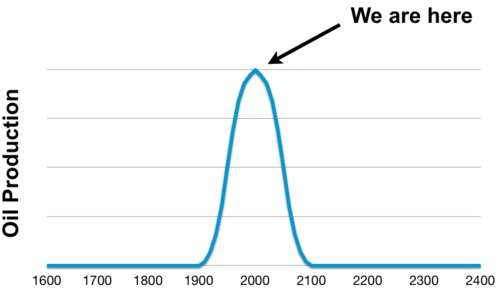 Are electric or hybrid cars a green marketing myth, or a real solution?

The solutions we seek depend on the problem being solved, electric cars seem to largely be meant to solve environmental problems, but there are many other transportation problems to solve.
Advertisement

Will adopting electric or hybrid cars solve any of the problems it's hoped they'll solve? A lot of money and effort is being spent on them, but so too is money being spent on developing gasoline cars. The question is, what is the best allocation of research resources to solve transportation system problems?

When we set out to solve a problem it's best to describe the problem correctly. The solution we end up with is controlled by how we define the problem.

Many are promising big things about electric and hybrid cars, while some are saying it's a bunch of hype. One thing we do know is the big payoff only comes when electrified vehicles become common.

But, of course, the tailpipe emissions aren't the whole environmental impact story, not even for gasoline powered cars. Mining gasoline from fossil oil resources requires many kinds of environmental disasters at wellheads, transportation systems, refineries, more transportation systems, not to mention the final consumption as an explosion in an internal combustion engine. Similarly electricity tends to come from coal-fired or natural gas-fired, or nuclear plants, or hydroelectric dams, each of which have negative environmental side effects. However repeated studies show that even if the electricity comes from a coal fired power plant, the electric car "tailpipe" is cleaner than the "tailpipe" of the equivalent gasoline car.

Many see the problem to solve as solely the environmental impact of cars. This means the solutions being offered cluster around the problem of greenhouse gas emissions and other negative environmental impacts. It's been shown over and over that electrified cars do provide some environmental benefit over gasoline powered cars, even for coal-fired-electricity, but the benefit is not terribly large, especially for coal-fired-electricity. Which understandably leads some to question the push for electrified cars.

There are other problems with the transportation system begging to be solved, but these problems largely go unrecognized and aren't part of the problem statement being addressed.

One of these issues is the resources to build and power the cars. Primarily it's the gasoline to drive the gasoline powered cars, and the effect known as "peak oil". Gas cars can largely only be driven with gasoline, diesel cars can largely only be driven with diesel, both of which come from fossil oil resources. "Peak oil" is the condition in which oil companies will reach a point where they can no longer increase oil supplies, because every barrel of oil that's extracted from the ground makes the next barrel more expensive to extract. The supply of oil from conventional resources (the kind where you drill a hole in the ground to pump "nice" crude oil) is already diminishing, and the oil companies are having to turn to expensive resources such as the Alberta Tar Sands. The oil supply problem will set in soon enough with oil prices going up and up and up.

An electric or hybrid car, no matter how clean it is, does not solve anything about an issue some call "automobile dependence". Worse, an electric car might cause some to drive their cars more because they think the electric car is their contribution to saving the environment. Automobile dependence causes several issues not solved by electric cars, problems that again are not widely recognized. Traffic congestion causes problems all around the world, diminishing quality of life and economic vitality everywhere traffic congestion is a problem. Road deaths and injuries are a consequence of the current system of roads and cars, and costs the lives of a couple million people a year around the world. Health problems such as obesity can be attributed in part to a sedentary lifestyle that is in part exacerbated by sitting inert in a car while driving. Cars driving on the highway creates social exclusion between drivers, especially with the many areas that are set up for cars exclusively. Cars dominate our urban spaces, for example consider all the parking lots used to store cars when not in use, this is land that could be used for other purposes.

Rising population will exacerbate these problems because the configuration for society is that everybody owns at least one car. As population grows these problems will only get worse. Traffic congestion will rise unless more roads are built, but that means more land is tied up in using and storing cars, taking land away from other uses, and in the mean time congested traffic means more time sitting inert in a car, and more opportunity for death or injury in a car accident.

Some researchers working for automakers, governments and other organizations recognize these problems. For example when Daimler's Dr. Zetsche talked about internet-connected electric cars at CES, a large part of his presentation focused on reducing traffic congestion and a different model of car ownership.

Car-sharing programs like ZipCar or CityCarShare let urban residents have the advantages of easy access to a car, without having to personally own the car, and more importantly while reducing the total number of cars that must exist. The large parking lots infesting our cities are there because of individually owned cars, and the need to park those cars on every trip. If instead car ownership is shared then cars don't need to remain parked while we go inside to shop, but can be left at a parking stand where the next person who needs a car can drive it away. Daimler's car2go experiments is a car sharing program being deployed in several U.S. cities.

Robotically driven cars are being researched as a way to reduce traffic congestion, and reduce the rate of death and injury. We'd have to learn to trust a foible computer to drive better than a foible human. The result would be allowing cars to drive more closely packed on the highway, and for the cars to drive themselves freeing us to do other things (ahem) while waiting for the car to bring us to the destination.

Some of the oil companies recognize the threat of peak oil, and see electric or hybrid cars as a way to mitigate this problem. Unfortunately most politicians refuse to recognize peak oil, or else spread delusional thinking that drilling for new oil wells ("drill baby drill") will solve the coming oil supply problem.

Frank Sherosky wrote on February 9, 2012 - 11:38pm Permalink
Good article. This really appears to be a rational look at ALL the problems facing the automobile. The solution to the energy peak oil issue can be addressed, however, by immediately switching to natural gas. It burns the cleaner than gasoline; and we have ample supplies in Amercia. Furthermore, the next-gen IC engines will likely be HCCI and/or split cycle with air hybrid which will burn even more efficiently. Solve the peak oil problem totally? No, but it is a significant step in that direction. Unfortunately, the EV as it is designed and configured right now simply has too high of an upfront cost to make a difference; and hoping for a magical reduction in cost via more EVs is not the solution as it is self limiting simpy by using lithium. At the very least we need a lithium-air battery, better yet zinc-air of which we have greater supply to meet global needs. No sense in creating a peak lithium scenario. In my opinion, electrification does not have to be all or none either. We can have both as we have with hybrids. I see more electrifcation coming even with downsized IC engine use, especially with stop-start; and nat-gas would avail even greater gains. A system approach might be our best overall bet until that one stand-out solution appears. Ultimately, a full EV with the same driving range and replenishment time as a gasoline engine supported by a clean energy source is the ideal. Problem is, the ideal energy source like wind and solar simply cannot supply enough electrons to support the hungry grid and our dependence on electricity. A single source of energy is not wise either. So, we'll likely have to live with a combination of wind, solar, hydro, nat-gas and nuclear. Each is a part of a solution, and that is how I see the industry going through 2030.
Mike Brosnan wrote on February 10, 2012 - 7:15am Permalink
"Sustainable Mobility" to use the car industry buzz word, is unfortunately in the control of the car manufacturers, who obviously have alliances with the major oil companies to ensure both industries benefit no matter what the solution is. Think of it this way. Right now the hybrid car is the "bridge" that will eventually get the car industry to the point where "sustainable mobility" will be more of a reality...the absolute certainty is that oil will play little or no part in that reality, for the simple reason there will be none left. Will it be EV's? The likelyhood is yes - the problem will be creating the power source to fuel the EV's. The environmental aspect is a whole different ball game - city planners and transportation departments will most likely make decisions that will restrict the type of vehicle that can be used in their domains. Thus we may well see only short range EV's allowed to operate in some areas while allowing larger capacity and longer range transport operate elsewhere. The car companies will need to "adapt" to this culture rather than "drive" it. Then we will see the oil companies metamorphing into "energy" companies, to supply power for all the above. Also, twenty years ago a mobile phone had a battery pack as big as a briefcase yet the benefits of this "commsmobility" were so huge the industries moved rapidly to bring us to the era of the multi functional "in your hand" mobile comms devices we have to day. If the car industry does similar we are in for an interesting ride....
RickS wrote on February 13, 2012 - 11:47am Permalink
I have been trying to solve our home energy future for the last couple of years. We have a solar powered house and I bought a NEV to use in town. It has proven to be a failure, I have been through a couple of sets of batteries that aren't cheap. You may say that I don't know how to use the car but at the same time if electric cars are going mainstream 90% of the people want to just drive not be a electric car tinkerer. I also have an electric bike which is great transportation but I have to bring the litium battery in at night when it's cold or it doesn't work right. I don't think the technology is there yet and don't know if it will be in the near future, at least I know what I have tried isn't. On the other hand the Prius that we own for out of town driving is awesome. We have talked about getting rid of the electric car and buying a plugin Prius. Just observations from Missouri.

LG's New EV Battery Plant Is a Welcome News for Tesla
Tesla Giga Berlin's New Hurdle: It's Not Only the Gov't, but Now Tesla Itself
END_OF_DOCUMENT_TOKEN_TO_BE_REPLACED