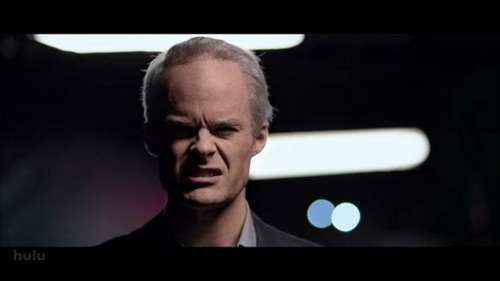 If you are an automaker, how do you know your Super Bowl commercial has become the talk-of-the-town and has made it into current pop culture? You get spoofed on Saturday Night Live, which is what happened with Chrysler's Super Bow commercial.
Advertisement

That's right, Chrysler's much talked about “Halftime in America” Super Bowl commercial, which has created a lot of discussion and controversy, was spoofed on Saturday Night Live over the weekend. It was actually spoofed not once, not twice... but three times! There were in total three fake commercials that were aired on Saturday Night Live during the weekend spoofing Chrysler’s Super Bowl commercial.

One of the Saturday Night Live cast members, Bill Hader, played the role of Clint Eastwood. The first ad follows the format of the actual commercial but is obviously making fun of the real one. Hader talks like Clint Eastwood and similar music plays in the background. He then starts saying that the ad was not supposed to be political. He mentions he doesn't care if Obama “runs the ball.” Then he starts taking jabs at the Republican presidential candidates which includes Mitt Romeny, Ron Paul, and Rick Santorum. (In the second commercial spoof he throws a jab at Newt Gingrich too.) Toward the end he finally remembers that the commercial is for Chrysler and exclaims “Get a Chrysler and get off my damn lawn!”

The second further makes fun of Clint Eastwood and the Chrysler commercial by taking about China. Hader playing Eastwood exclaims, “They own half our stadium. How did they get so far ahead? Cause they work hard!” Later he says, “We got something they don't, Chryslers!” You think the commercial is for Chrysler, but is really for Little Ceasers, the pizza restaurant chain.

Bill Hader did a great job playing Clint Eastwood and this will probably boost his popularity among a lot of people. (Well, maybe not Chrysler executives.) Hader is not only a cast member of Saturday Night Live but also works as a writer for South Park, the well known Comedy Central show that has been on the air for over 15 years.

Watch the three Saturday Night Live commercial spoofs below and let us know what you think.

Toyota's First EV Will Have a Name of BZ: Toyota BZ
First Videos From Inside The Boring Company's Las Vegas Loop
END_OF_DOCUMENT_TOKEN_TO_BE_REPLACED