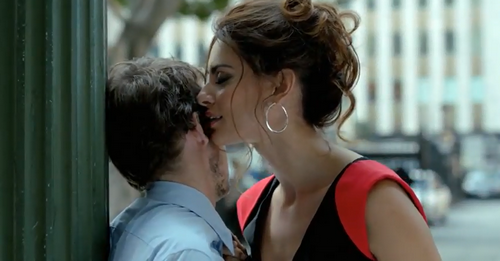 Fiat had the best Super Bowl commercial this year, compared to what other automaker showcased. The Fiat 500 commercial was smart, funny, sexy, and had perfect timing and length in my opinion.
Advertisement

It is no secret that automakers put a lot of money, time, and effort behind commercials and specifically Super Bowl commercials. It is not surprising since the Super Bowl 46 match between the New England Patriots and New York Giants was estimated to have been watched by more than 111 million people. Making it the most watched broadcast program in history.

While most New England Patriots fans are trying to put the Super Bowl defeat behind them, automakers are certainly hoping the millions of people that watched the big game are not putting the commercials behind them. They paid big bucks to get those commercials in front of your eyes!

You are probably wondering “Why did you like the Fiat 500 commercial the best?”

Well, let's break down the commercial. First there is a rather casual looking man with glasses walking down the street, when he notices an attractive women with ridiculously high heels in the street bending over. He's stops for second to look at her, when she notices him. The good-looking Italian women starts speaking in Italian, stands-up and walks over to him, and gives him a slap. Then her look and mood change and starts to say seductive phrases in Italian. The man is clearly taken quite taken with her. She seems to in for a kiss and the man obliges, when all of a sudden reality hits. What was he was really looking at was a Fiat 500 Abarth. The tag line then reads, “You'll never forgot the first time you see one.”

If you are the majority of people, you have no idea what the Italian women is saying. The man does not speak, but the fact he imagines the car to be a good-looking Italian women speaks for itself. Fiat used what other automakers the age old advertising trick here, an attractive lady and car. However, the commercial still feels fresh.

In an effort to build as much media-hype not just around the Super Bowl, but the commercials too, automakers released most of the game day commercials beforehand. Having watched a majority before, but some during the game, I was better informed than my Super Bowl party watching companions.

Out of all the commercials, you know what generated the most discussion among the non-car people, the Fiat 500 commercial! The guys were instantly engaged and women found it funny. One women at the Party even said, “When I speak Italian it is so unsexy!” The general consensus was this was the best automaker commercial by far.

Compare this to Chrysler's 2-minute commercial which most found to be too long and people didn't understand. Chevy's apocalypse commercial most thought was a Ford commercial ironically. (Naming Ford was a bad move GM!) While I like Toyotas, I was not hot on Toyota's Camry commercial either.

There were a few winners among the Super Bowl commercials from automakers this year. Such as Kia's Sandman commercial that featured the Motley Crue and Adriana Lima. (Let's be honest, who doesn't want to see Adriana Lima?) Honda's “Ferris Buller's Day Off” commercial hit the right chord with those that can remember that movie. Hyundai had several strong commercials during the big game as well.

I find myself coming back to the Fiat 500 commercial. It's great timing, little use of words, and attractive lady all make it a winner. More importantly a commercial you want to see again. Just what Fiat wants!

Panasonic Updates Profit Forecast, Noting How Much Tesla Batteries Help The Jump
2022 Porsche 911 GT3 Laps Nurburgring in 7:04 With Journalist Behind The Wheel
END_OF_DOCUMENT_TOKEN_TO_BE_REPLACED