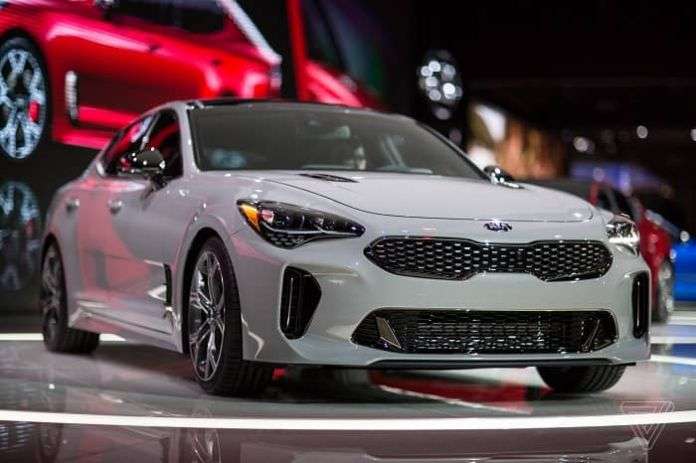 There were many automakers with smart and funny commercials on Super Bowl Sunday. Kia managed to be a cut above the rest with its commercial featuring the Motley Crue, Chuck Liddell, and Adriana Lima.
Advertisement

Even with the Super Bowl game probably past most people's minds and thoughts at this point in the week, automakers certainly hope that your brain is still focused on the big game commercials.

Kia had the right mix of attitude, fun, and craziness in their Kia Optima commercial for the Super Bowl. The commercial featured Adriana Lima, the stunning Brazilian supermodel; Chuck Liddell, a Mixed Martial Arts fighter; and the Motley Crue, the legendary rock band.

The commercial starts off with classic and well known 50's song “Mr. Sandman” written by Pat Ballard and sung by the Chordettes. A tiny man with a pot of magical sand carefully walks into the room and sprinkles some of the sand on the sleeping wife. In her dreams it then shows she is riding on the back of a horse through a grassy field. On the horse with her and at the front of it, is a hunky man who looks like he came from Harlequin romance novel.

The Sandman then proceeds around to the other side of the bed to sprinkle the magical sand onto the husband. He trips and his entire pot of magical sand is accidentally spilled on the husband. When you are taken into his dream he is in a Kia Optima and on a racetrack. The amazingly beautiful Adrian Lima is in front of him waving a flag ready for him to start. He takes off and starts going around the track while Motley Crue is playing on the stage. As the man is circling the track in the Kia Optima you see the stands are full of lots of attractive women in bikinis screaming. As he further circles the track he sees some wacky stuff. Such as a bull rider riding a rhinoceros, and a gigantic sandwich being cut by lumberjacks. Chuck Liddell is also fighting in a ring. The commercial ends with him breaking threw the track wall into his wife's dream, whisking her off in the Kia Optima. The last shot then reads “A dream care. For real life.” and you see it is for the “Optima.”

The best part of the commercial is that it plays to both gender fantasies. All the non car-people who hadn't seen it on Youtube before the big game found it funny and entertaining. All the guys liked seeing Adriana Lima (I mean really who wouldn't?). Women liked the fact that in the end the guy breaks out of the his dream, to get whisk his wife away in hers.

Like the Fiat 500 commercial that was a success for Fiat, it seems the Kia Optima commercial has been well received as well. Kia was smart and had the right idea here. The commercial is memorable and should keep the Kia Optima in people's mind, at least that is what Kia wants.

Kia even released and extra for this commercial, which is 5 hours of Adriana Lima waving a flag. Thankfully it is full 1080p High Definition!