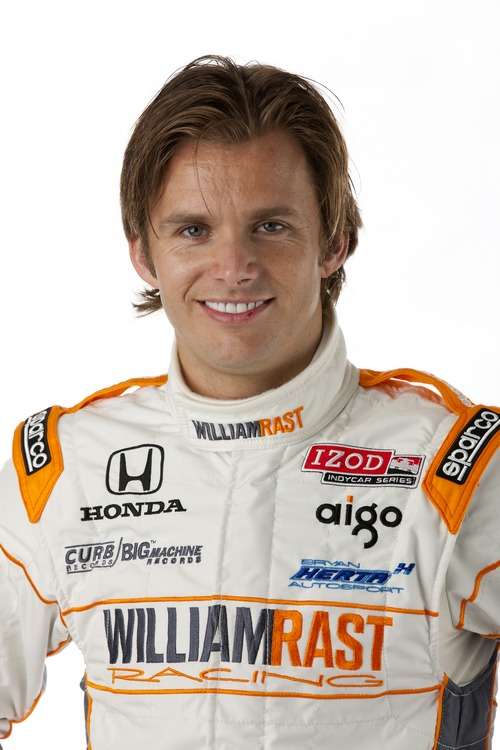 After the crash Weldon was transported by helicopter to University Medical Center almost two hours later, his death was announced. Several other drivers including Will Powers were hurt in the crash as well.

"IndyCar is very sad to announce that Dan Wheldon has passed away from unsurvivable injuries," IndyCar CEO Randy Bernard said. "Our thoughts and prayers are with his family today. IndyCar, its drivers and owners, have decided to end the race."

To honor the 33 year old Englishman, drivers took part in a five-lap salute around the oval.

"I'll tell you, I've never seen anything like it," Ryan Briscoe said. "The debris we all had to drive through the lap later, it looked like a war scene from Terminator or something. I mean, there were just pieces of metal and car on fire in the middle of the track with no car attached to it and just debris everywhere. So it was scary, and your first thoughts are hoping that no one is hurt because there's just stuff everywhere. Crazy."

The last death in IndyCar was rookie driver Paul Dana at Homestead-Miami in 2006. He died after a crash in a morning warmup lap.

Dan Wheldon had quite a racing career. He started in carting when he was just four years old in his native country, England. As the years progressed he developed a rivalry with Jenson Button, who is a Mclaren F1 driver. He had 16 career wins, started in 134 races, raced for 5 teams, and had 1 championship to his name. His most impressive feat was winning the Indianapolis 500 in 2005 and again in 2011, which was this season.

Auto Driver wrote on October 17, 2011 - 1:51am Permalink
Honda just posted the following on its Facebook page. "Dan Wheldon, a mainstay of the Honda IndyCar program, was fatally injured in Las Vegas. Honda extends deepest sympathies to Dan Wheldon’s family, friends and fans across the world. Dan was more than a driver, he was a member of the Honda family. Dan had a passion for motorsports and a wonderful personality that made him a friend to everyone in the racing community."

Tsingshan's Threat to Tesla: EV Maker Is In Battery Crosshairs
Tesla-Funded Research Reveals One of The Biggest Mysteries of EV Battery
END_OF_DOCUMENT_TOKEN_TO_BE_REPLACED