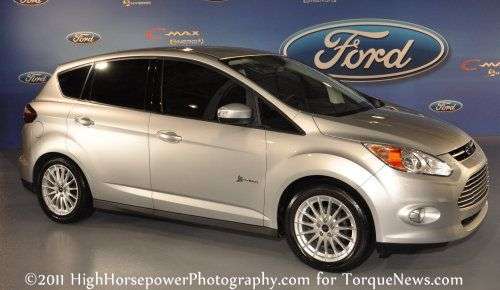 Ford C-Max minivan will be hybrid only for US

The Ford C-Max compact minivan will not come with a conventional gasoline engine when it goes on sale in 2012; plug-in hybrid version called C-Max Energi to follow.
Advertisement

The Ford C-Max compact minivan will be sold in hybrid form only when it is released in 2012.

Ford has scrapped plans to offer it with a conventional gasoline four-cylinder engine, in an effort to compete with the Chevrolet Volt, the all-electric Nissan Leaf, and the forthcoming Toyota Prius minivan.

The Ford C-Max hybrid, and the C-Max Energi plug-in hybrid to be released later in 2012, have already been unveiled to the public at the 2011 North American International Auto Show in Detroit in January.

Ford says it is tripling production capacity for electrified vehicles through 2013, and thanks to a reduction in the cost of hybrid drivetrain technology, Ford is projecting it can build 100,000 hybrid/electric vehicles a year.

The Ford C-Max hybrid and C-Max Energi will be built in Michigan at the Wayne Michgan Assembly Plant, using US-sourced battery packs and hybrid transmissions built at the Van Dyke Transmission plant in Sterling Heights, Michigan

The Ford C-Max, based on the Ford Focus, has been on sale in Europe since 2003, in both five-seater and seven-seater configurations. As a trade-off for the hybrid drivetrain, the North American C-Max model will only be available as five-seater.

Ford vice-president of marketing, sales, and service Jim Farley said "We are further differentiating our electrified vehicle lineup with something else people truly value - choice." Ford already sells 35,000 vehicles annually that are powered or partially powered by electricity, such as the Fusion Hybrid and Escape Hybrid.