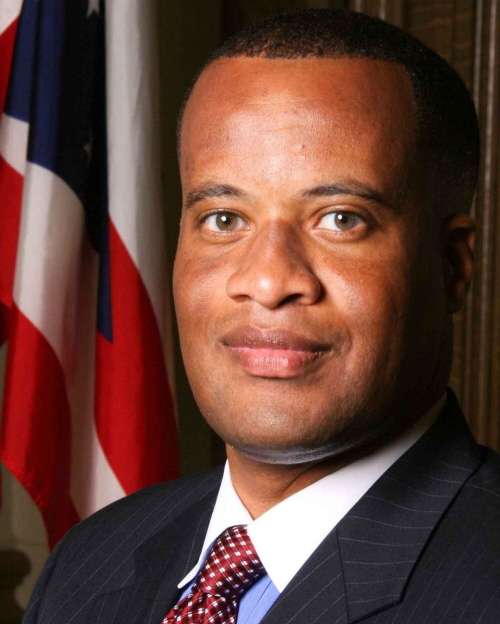 The mayor of Youngstown, Ohio, was named today by Secretary of Labor Hilda L. Solis to the new position of director of recovery for auto communities and workers. Jay Williams' appointment is effective Aug. 8.
Advertisement

On that date Williams, a former independent turned Democrat, will begin duties as chief of the U.S. Office of Recovery for Auto Communities and Workers. The office will assist auto communities such as Detroit and Flint, Mich., in identifying federal resources needed to underwrite further recovery and growth efforts in the American auto industry.

Where resources are lacking, Solis said, the office will recommend changes or new methods that can be used toward the revitalization of these communities.

“When others wanted to abandon the auto industry and its workers, President Obama stood up for them. Through his strong leadership, the industry is recovering. The many small businesses that rely upon, and are impacted by, the health of the industry have survived, and in many cases thrived,” Solis told reporters Wednesday morning.

“We know there is more work to be done, and that is why I am so pleased to have Jay Williams joining the team. His proven leadership skills will be invaluable to advancing the work of the office.”

Williams has been mayor of Youngstown, Ohio, since his election in 2005. In that role, Williams helped revitalize neighborhoods and increase investments in broad-based economic development initiatives, according to a statement from the White House. He is a vocal proponent of regional economic planning to help communities succeed in the changing global economic environment.

2. The Environmental Protection Agency has awarded $111.9 million in brownfield program grants, with Michigan as its largest recipient.

4. The Treasury Department has issued $25 billion in Recovery Zone Bonds, a program made possible by the American Recovery and Reinvestment Act of 2009, which targets communities – such as auto communities – that have experienced rapid increases in unemployment.

Here is a backgrounder on Mayor Williams, from Wikipedia:

Roy Kojo Jawara ("Jay") Williams (born 1971) is the current mayor of Youngstown, Ohio. His election in 2005 gained local and regional media attention because it brought Youngstown its first African-American mayor as well as its first independent mayor since 1922.

He is a member of the Mayors Against Illegal Guns Coalition, a bi-partisan group with a stated goal of "making the public safer by getting illegal guns off the streets." The Coalition is co-chaired by Boston Mayor Thomas Menino and New York City Mayor Michael Bloomberg.

Williams was born and raised on Youngstown's east side. After earning a degree in finance atYoungstown State University, he reportedly turned down job offers from around the country and remained in Youngstown, where he worked with area banks. Williams also served as an examiner for the Federal Reserve Bank in Cleveland.

He eventually left the banking industry to assume directorship of Youngstown's Community Development Agency. There, Williams was instrumental in implementing Youngstown 2010, a citywide redevelopment plan aimed at re-shaping the city and helping to overturn its negative image.

Here is Williams' bio from the city of Youngstown Web site:

Jay Williams is serving his second term as the City of Youngstown, Ohio’s 47th mayor. His historic election was viewed by many political observers as a watershed moment in the changing political landscape of the community. Williams is the city’s first African-American Mayor, and elected at 33 years old, was also its youngest.

Youngstown has progressed under Mayor Williams' leadership. The city’s Youngstown 2010 Vision/Planning "right-sizing" initiative has been recognized and rewarded by a number of notable organizations including, The Wall Street Journal, U.S. News and World Report, the American Planning Association, and Governing Magazine among several others. In its August 2009 issue, Entrepreneur Magazine listed the City of Youngstown among the 10 best cities in the United States to start a business.

Mayor Williams has traveled nationally and internationally to discuss and promote Youngstown's innovative and progressive recovery efforts. There is a growing international interest in examining how many of the city's strategies might be of benefit to other global communities undergoing redevelopment challenges similar to Youngstown.

More important than improving the national and international reputation of the city, Mayor Williams is leading efforts that have a direct impact on improving the quality of life for the constituents he serves. Under his leadership, neighborhoods are being revitalized and aggressive policies are reducing crime. The city has increased investment in broad-based economic development initiatives. Mayor Williams is also a vocal proponent of an ambitious regional economic agenda intended to help the Youngstown area become more competitive in the changing global economic landscape.

In 2009 Mayor Williams was recognized as one of Governing Magazine's Public Officials of the Year. Mayor Williams was also the recipient of the 2007 John F. Kennedy New Frontier Award. The JFK Library Foundation, in conjunction with the Harvard University Institute of Politics, annually recognizes two exceptional young Americans, under the age of 40, whose contributions in elective office, community service or advocacy demonstrate the impact and value of public service in the spirit of President John F. Kennedy.

Prior to being elected, Mayor Williams served as the director of community development for the city, and before that he enjoyed a distinguished career in banking. Williams was born and reared in Youngstown. He is a graduate of Youngstown State University with a B.S.B.A., majoring in Finance. The Mayor resides in Youngstown with his wife Sonja, who is an educational administrator. In August of 2010, the couple celebrated the birth of their first child, Ethan.