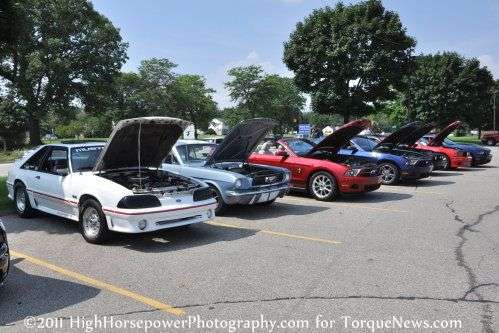 When this GM president was kicked out of office, he bought the Jefferey car plant in Wisconsin, changed the car to his name and merged with Kelvinator refrigerators.
Advertisement

2. This president of Ford Motor Co. was fired by Henry Ford II. He later would be named chairman of Chrysler so he could rescue it from bankruptcy.

3. Some of America’s most expensive cars in the 1930s were built in Auburn, Ind., by the Auburn Co., which built Auburn cars, but also a luxury sports car, and a stately, huge luxury car. Name those two cars, please.

4. Carl Graham Fisher, owner of auto headlamp company Pres-To-Lite, and partner in the Indianapolis Motor Speedway, headed a group that would build a "coast-to-coast rock highway." The name of the highway would be named for what American president?

5. The first and still the only highway connecting Alaska with the lower 48 states was completed in this year.

6. While most of that Alcan Highway is in Canada, construction was supervised by this organization.

7. America’s Interstate Highway System was established by this U.S. president.

8. Once a high-volume mid-priced car, Chrysler dropped it in 1961 following slumping sales.

9. In the 1930s, General Motors offered this brand of car, priced between Buick and Cadillac.

10. In the 1950s, this new smaller car was such a success for American Motors, it soon dropped the big Nash and Hudson cars.

2. Lee Iacacca was the father of the Ford Mustang (pictured), but made his biggest mark as the rescuer of Chrysler Corp.

Dave Menard of Avanti NewsFeatrures contributed to this report. You can reach TorqueNews.com's Hawke Fracassa at [email protected]