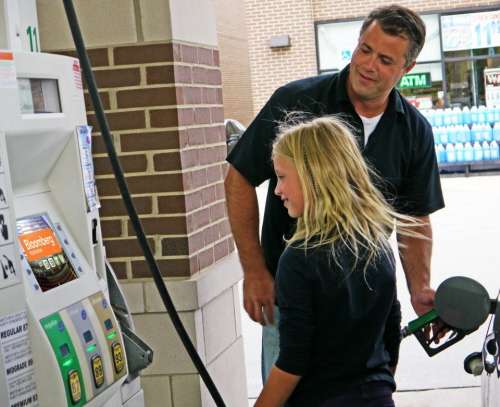 Gas Station TV, the network that televises at the pump, today announced an exclusive deal with Wayne, a GE Energy business and global maker of fuel dispensers and technologies.
Advertisement

Wayne is making a substantial investment in league with GSTV to deploy a new co-developed media platform, inOvationTV, at gas stations nationwide.

"Wayne has ... an extremely strong distribution network, making them the best partner to grow our television network to the next level," said David Leider, Gas Station TV CEO.

"The new stations installed from this relationship will quickly increase our already industry-leading viewership and market penetration to more than 70 million monthly at-the-pump consumers, placing us at the very top of Nielsen's weekly television rankings."

"Our relationship with GSTV represents another step forward in our global strategy to provide fuel retailers worldwide with leading-edge products and technologies that allow them to provide an enhanced experience to their customers," said Neil Thomas, global president of Wayne.

"GSTV clearly has emerged as a leading provider of media at the pump in the U.S. Along with Wayne's strength as a world-leading supplier of fueling systems, we will be able to serve more fuel retailers in more locations with an exciting new offering."

Fuel retailers outfitted with inOvationTV can now inform and entertain their customers with sports from ESPN, business and personal finance news from Bloomberg TV, weather from AccuWeather and GSTV's original social media television show, "Your Neighborhood."

Wayne and GSTV will exhibit inOvationTV in Wayne's display at the National Association of Convenience Stores Show Oct. 1-4 in Chicago.

Tesla Contemplates A New Strategy for China Retail even As Sales Boom
Jay Leno on Elon Musk & EVs: “I Think He Should Get ... Credit"
END_OF_DOCUMENT_TOKEN_TO_BE_REPLACED