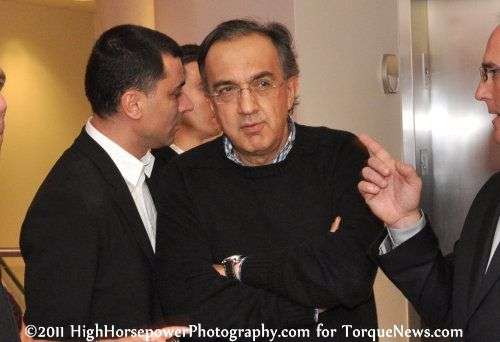 With the UAW's four-year contract with General Motors Co. all but in the rearview mirror, the auto union will immediately set its sights on the quick wrap-up of a contract with Chrysler Group LLC, a company on wobbly financial ground, and Ford Motor Co., a profitable enterprise that is ripe to be a strike target, down economy or not. The two companies employ 67,000 members of the UAW.
Advertisement

The UAW won't take a hard line with Chrysler with its next four-year contract. Even though there are brighter days forecast, the Fiat-owned automaker is too delicate right now to be able to deliver on any serious financial promises without the threat of default.

To say Chrysler's finances are precarious is an understatement. The Detroit Three's No. 3 automaker lost $652 million in 2010 and recorded a loss of $370 million in this year's second quarter. Quietly sandwiched in there was a profit of $116 million in 2011's first quarter. With less than four months to go in 2011, Chrysler hopes to end the year with a profit of at least $200 million, which would be a Godsend considering how topsy-turvy its financial picture has been.

While there has been some acrimony since negotiations began between the top brass at Chrysler and the UAW, personalities likely will be put aside and a reasonable accommodation reached in record time because the union wants to get what it can from this turnip for the membership but doesn't have the leverage of a strike. The UAW agreed not to strike Chrysler as part of the bailout arrangement the carmaker made with the federal government in 2009.

The impact of this will be acceptance of smaller profit-sharing checks than GM's (perhaps as low as $3,000) and modest gains in other compensation for UAW members from the Auburn Hills, Mich.-based automaker. The union is likely to accept these terms and get out of Dodge, biding its time for four more years to give Chrysler time to recover. This is because when Chrysler's profits stabilize, it will be building a new base of revenue to build on. GM's profits have been massive, giving the world's largest carmaker financial elbow room that Chrysler can only dream of.

Sergio Marchionne, CEO of Chrysler and Fiat, told Bloomberg BusinessWeek today that he expects a speedy settlement with the UAW, possibly by week's end. He doesn't feel bound in any way by terms of the GM-UAW agreement, telling the online magazine: “We (Chrysler) and GM are completely different.”

That is true. Chrysler has a less-experienced workforce that makes less money, so it likely will be amenable to raising wages for Tier Two entry-level and new hires a few dollars per hour above the current $14 hourly rate, as General Motors is doing in its contract. Expect Chrysler to seek to lessen its financial burden for health care. The union and the company could rumble over, say, co-pays, with nothing drastically changing after some behind-closed-doors profanity from Chrysler's colorful leadership team and some serious pot-banging by the union.

After the UAW gets Chrysler on the dotted line, look for things to get interesting. Expect the UAW to get hard-noised and pile-drive Ford Motor Co. for a sweet deal. Whether Ford knows it or not, it is a strike target if it doesn't match or exceed what GM delivered to its UAW auto workers.

After the UAW has cleared its desk of GM and Chrysler, it will have the time, the energy, the resources and the wherewithal to give Ford Motor its full attention, and a hard time. And it will not have the distraction of having to negotiate with GM and Chrysler anymore. The union represents about 41,000 workers at Ford, which made a $3.8 billion profit in the first two quarters of 2011.

The reason the GM deal will have this impact is that Ford and GM have been paying their people about the same thing and now GM has upped the ante, not only with improved benefits and compensation but also by agreeing to boost the number of union hires.

Not helping Ford Motor is its inability to keep its mouth shut. Ford goes out of its way to tell anybody who will listen about its fat wallet and how it has more independence than the White House on the Fourth of July. That means if and when it chooses to hire more people, the thinking at Ford is that there will be a compelling reason for it and not done just to gain favor with the UAW. At the same time, Ford UAW workers are up for a good fight. In 2009 the rank and file rejected concessions requested by the company that were recommended by the union's leaders.

Then there is Ford's eagerness to start a fight it won't win. In its advertising and in some public interviews, Ford has shown the swagger of a drunken sailor trying to get a date with a pretty girl in a bar by bragging how it has pocketed lots of profits while not needing federal bailout money like GM and Chrysler. It doesn't help that contentious TV ads that have aired in Metropolitan Detroit have attacked GM and Chrysler, alienating the thousands of viewers who are fellow UAW members who work for those companies.

The thinking at the UAW is that Ford is so smug about being cash fat without government aid that it should be pleased to share the wealth with the people who actually do the work of making those cars and trucks in the plants.

Hawke Fracassa covers the automotive industry from Detroit for TN. You can reach him at [email protected] or (248) 747-1550. Or follow him on Twitter @HawkeFracassa.