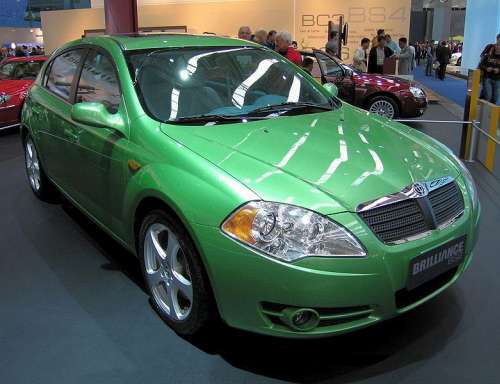 The makers of cars and trucks worldwide should celebrate. That is because there is measurable proof that the business of manufacturing and selling vehicles is experiencing a solid resurgence that began in 2010, according to a Vital Signs Online report from the Worldwatch Institute, an industry watchdog.
Advertisement

Quantifiable evidence of the auto industry's renaissance is that light-vehicle production in China, one of the top mass producers of cars and trucks, has tripled worldwide since 2005, even when including a production plunge in 2008 and 2009.

The success train has cast a wide net. Even niche manufacturers such as Brilliance Auto (華晨中國汽車控股有限公司), China's eighth-largest carmaker and a longtime partner of BMW and Toyota, are thriving by making nicely designed cars like the stunning BS2 (pictured) as well as frumpy but functional buses.

The top four auto manufacturers are China, Japan, the United States and Germany and they account for 53% of global manufacturing of cars and trucks. But China's accelerated growth has eclipsed everyone. It manufactured 16.8 million light-production vehicles in 2010, about the same as the number of cars and trucks assembled in Japan and America together.

Analysts are predicting steady growth of such vehicles on a global scale for several years. An analysis by PricewaterhouseCoopers Autofacts projects worldwide production of 93.5 million vehicles by 2015, with 21.4 million of those coming from China. America adds 10.5 million and Japan, 9.2 million.

In 2011, analysts surveyed by the institute expect Brazil, Russia, India and China to make and sell more cars and trucks for the first time than Japan and the countries of Western Europe.

1. About 669 million passenger cars are now on the world's roads. Including light- and heavy-duty trucks, the number is 949 million.

2. Car sales in China have soared in recent years, but the rates are expected to be lower in 2011 due to the Chinese government's decision to raise taxes for small cars and restrict the sale of new license plates in Beijing.

3. National efficiency standards exist to regulate about 70% of the world's transport-related emissions. The United States, Canada, the European Union, Japan, China and South Korea now all have mandatory standards.

4, Fuel efficiency in all major car nations has improved since 2002. At the same time, substantial differences among individual countries remain. Japan and the EU continue to lead in fuel efficiency, while America, Canada and Australia lag.

5. About half the world's sales of hybrid-electric cars have been made in Japan, where such vehicles account for 11% of all sales. America was once the leading market, but hybrid sales peaked in 2007 and now Japan is No. 1 in the making and selling of hybrids.

The Worldwatch Institute delivers the insights and ideas that empower decision makers to create an environmentally sustainable society that meets human needs. Worldwatch focuses on the 21st-century challenges of climate change, resource degradation, population growth, and poverty by developing and disseminating solid data and innovative strategies for achieving a sustainable society. The institute's "State of the World" report is published annually in more than 20 languages.