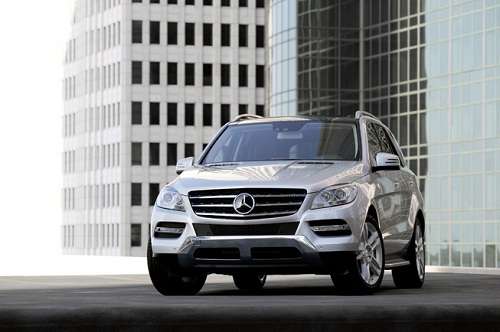 Mercedes Benz's new 2012 M-Class is a handsome son of a gun. Not content to make just a pretty face with a square jaw, MB decided to send it to Africa for some fist fighting, teeth biting and face punch training.
Advertisement

It's obvious that most of us who buy an SUV see most of our use on paved roads. This will also probably be the case with the people who buy 2012 Mercedes Benz M-Class. The thing is, we aren't the sort of people who prefer to drive on asphalt. In fact, if the world was entirely paved by rough jungle tracks, rocky mountain trails or sand/mud paths, then many of us would be quite pleased. Unfortunately we both know this isn't the case, so we are stuck driving our SUV's and trucks on tarmac roads.

Many people buy SUVs because it suits the outdoor ideals, and perhaps an irrational belief that if some sort of catastrophe hit, they would be prepared with a do-anything-I-want vehicle. The truth is that rough and ready SUV's ride so rough, and the steering is so vague, that I would rather try to shove a live cougar in my dishwasher than drive another mile in it.

The first generation Mercedes Benz M-Class was pretty tough. It had a real heavy duty strength chassis to which the body was bolt to. This created a stiff and strong SUV that could tackle tasks. Most cars would just spontaneously burst into flames even attempting to try them. For heaven's sake, the original M-Class was used in Jurassic Park. If it can survive Velociraptors, it can survive anything.

The problem is that the M-Class was never really used by its customers as it was designed to do. It was used to ferry children to ballet class and to haul footballer wives to hair appointments. It wasn't used to pull stumps or to smash down fences.

The 2012 Mercedes Benz M-Class is more urbanized. Gone is the sturdy truck frame. It now uses sheet metal folded in strategic ways to achieve its strength. This makes a tight, stiff frame, but nowhere near as strong as a real chassis. That's not the point though, people never bought the M-Class for its ability to go off ramps. So Mercedes Benz gave their customers what they needed.

Mercedes Benz did send the new M-Class down to Namibia to test it out, it is capable of dirt roads and paved ones, but probably not much more than that. The new M-Class is nowhere near as tough as its original metal-chewing, crocodile-wrestling uncle. If you really think about it though, who cares? The M-Class is probably the best looking SUV on the planet. We can forgive anything when something is that good looking. Better for the street, worse for the apocalypse: The new Mercedes Benz M-Class.