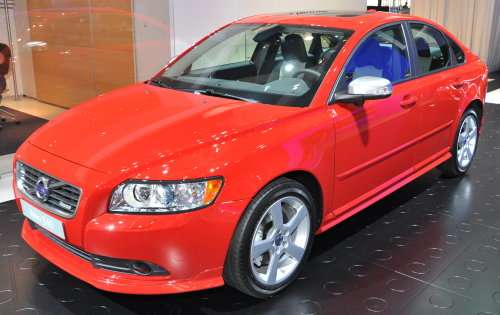 Some news statistics pertaining to new car sales from the 2011 year have been unveiled with the Volvo S40 sedan being found to be the most popular vehicle among female buyers and while “chick car” is a negative perception to some – being among the bestselling cars for female buyers is a goal of many automakers in the US.
Advertisement

The people at Edmunds’ Inside Line worked with industry statistic company Polk to comprise a list of the top ten chick cars of 2011 based on new purchases made last year and the results are a bit surprising. While “chick car” is generally used as a phrase used to negatively describe smaller, less powerful vehicles, those vehicles labeled as such don’t make the list. Also, even though minivans, large SUVs and station wagons are commonly associated as belonging to suburbanite soccer moms; the husbands must be making the purchases because they didn’t make the list either. This means that you won’t find things like entry level sports cars like the Mazda Miata, a V6 Mustang or Camaro, the Dodge Grand Caravan or the Chevrolet Suburban but less surprisingly, there are a couple VWs that are labeled as being chick cars on the list.

While “chick car” is intended by some to be a negative connotation, female buyers make up an important part of the automotive industry so the automakers who offers the vehicles above are certainly not sorry to see their vehicles on this list. Unfortunately for the folks at Volvo, they have planned to discontinue the S40 after the 2012 model year to focus more on their stronger selling models even though an impressive 57.9% of new buyers were women. This sporty sedan is joined by the Volkswagen Eos, the Volkswagen Beetle and the Toyota Matrix as the cars on the list with the majority of the top ten being smaller sport utility vehicles. The pair of Volkswagens shouldn’t come as much of a surprise considering I don’t think that I’ve ever seen a man driving an Eos but there is no question that VW has made strides over the past few years to make the New Beetle more popular with male buyers. We could see the modern bug drop out of this list if the newest generation resonates as well with male buyers as the automaker hopes.

The Nissan Rogue took the second spot with 56.9% of their buyers being ladies while the Hyundai Tucson, Honda CR-V, Toyota RAV4, Nissan Juke and Jeep Compass came together to claim 6 of the top 10 spots for the sport utility segment. Interestingly, these really aren’t vehicles that many people associate with being “chick cars” but when I consider the compact SUV owners whom I know personally; they are almost all female. These are among the most capable vehicles on the market with lower prices so in the long run they are sensible, reliable vehicles for people who care less about flash, flare and horsepower and more about just getting there safely.

The Volvo S40 could retain the title for 2012 as they sell out the last model year of this sporty sedan but as this car is phased out, a new vehicle will soon claim the title as being the most popular vehicle in the US among female buyers.