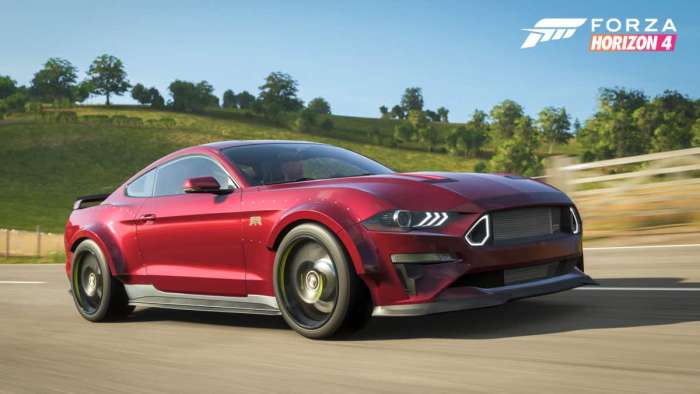 Mustang RTR street car is joined by a pair of Gittin’s drift team race cars and all three are free to Forza gamers.
Advertisement

The Ford Mustang is one of the top models on every driving video game, including the newest chapters of Forza Motorsport and Forza Horizon. Motorsport 7 and Horizon 4 are both subject to the regular addition of “car packs” that introduce new vehicles to the games, allowing the publisher to keep the game fresh over time.

In most cases, car packs for Forza Motorsport 7 or Horizon 4 come with a small fee, but the new RTR Car Pack for both of these games is free. This means that anyone who plays either of these games with connection to the internet can add three new Ford Mustang options, including two 1,000-horsepower race cars and a 700-horsepower street car that is based on the current Mustang GT.

Team RTR
Gittin is the most successful American-born drift competitor ever and DeNofa joined the RTR team for a few years back. These cars will be great for the drift events in both games, but with some simple changes, these 1,000-horsepower Mustangs will make for solid race cars. 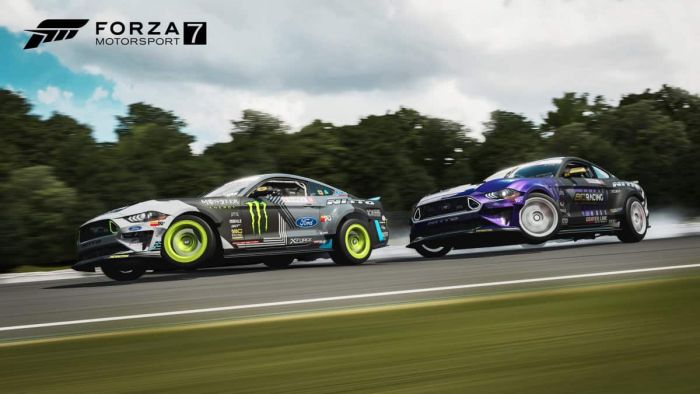 In addition to being a legend in the sport, Vaughn Gittin Jr also runs RTR Vehicles, an aftermarket upfitting company that provides performance upgrades for the F-150 and the Mustang. The current top-of-the-line package for the Mustang from RTR is the Spec 3 package, so the Spec 5 package in the game must be a future product.

In any case, the 700-horsepower Mustang wide flared wheel openings for wider tires should be another excellent options for Ford fans who like to use their favorite pony cars in either of the current Forza games.

Check out the video below for a closer look at the RTR Mustangs in action and tell us in the comment section which of these cars you would like to drive the most in the real world.