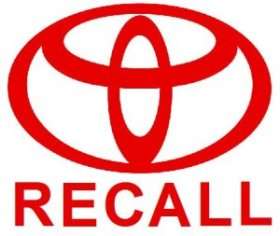 Toyota Motor Corp. announced this morning that they are recalling 2.17 vehicles (in the US) from the Toyota and Lexus brands to service the floormats or the area around the floormats to prevent interference between the mats and the accelerator pedal – the alleged culprit in Toyota’s unintended acceleration problems that have now accounted for 14 million recalled vehicles.
Advertisement

This latest Toyota recall is basically an extension of the floormat-related recalls that began in 2009 and Toyota has several plans of attack to help prevent the accelerator pedals from getting hung up against the floormats. The company stated that they are not aware of any recent accidents stemming from floormat-related unintended acceleration but with the government’s recent finding of no electronic defects, Toyota appears to be scrambling to help cure the other issues that could be causing the lethal issues.

In the case of the 4Runner, RAV4, and Lexus LX570, the Associated Press is reporting that they are being added to the 2009 unintended acceleration pedal entrapment recall and if those vehicles are to receive the same service as many of the vehicles recalled by Toyota in 2009, the dealership will inspect the travel of the accelerator pedal – making adjustments to the pedal pad or floormat as needed.

For the recalled Lexus RX models and the Toyota Highlanders, Toyota is replacing the floormats along with the retention clips that could come in contact with the accelerator pedal. Finally, the Lexus GS300 and GS350 models have a plastic pad embedded in the driver’s side floor installed under the driver’s foot to help prevent the heel from wearing through the carpeting. These pads may interfere with the accelerator pedal so the dealership will inspect that pad and alter the shape should there be any issue.

On one hand this massive Toyota recall shows that the company is finally being proactive with their safety issues but at the same time, consumer perception should be that this is ‘just another Toyota recall’, which could further tarnish that once-spotless reputation of the Japanese automaker in the US market.

If you have one of the vehicles listed above, you can check with your local Toyota dealership to see if your particular vehicle is included in this new batch of recalls or you can wait to see if you get the recall letter from Toyota.