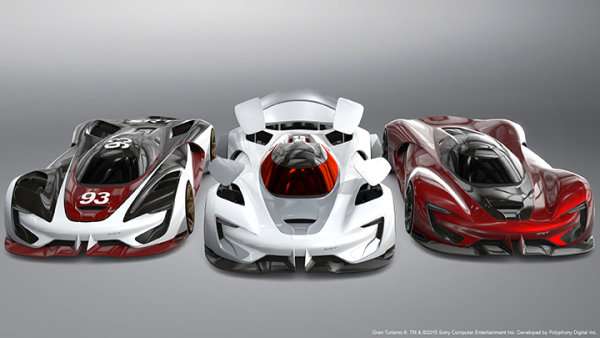 The SRT Tomahawk is One Amazing Video Game Concept

Back in the day, automakers would create ultra-futuristic, ultra-high tech concept cars that would adorn the various auto shows before being tucked into a museum of some sort, but with the advancements in the highest performance cars, automakers are left without a way to create concept cars that are more extreme than some of the most incredible production cars. Fortunately, the folks from PlayStation’s Gran Turismo driving simulator series have come up with a solution to that with the Vision Gran Turismo vehicle series.

Vision Gran Turismo offers automakers a chance to create concept cars that could exist years – even decades – down the road with technology that may not be available or simply may not be feasible without the car carrying a price tag similar to that of a commercial jet. The SRT Tomahawk is the newest Vision Gran Turismo series and it is arguably the best of the series thus far. In fact, the performance capabilities of the Tomahawk are so outrageous that the folks from PlayStation had to add greater performance parameters for the Gran Turismo 6 game so that the SRT Tomahawk could reach its fullest potential.

The SRT Tomahawk Vision Gran Turismo
The SRT Tomahawk is truly a marvel of modern engineering and in developing this incredibly hypercar, the SRT team approached the program just like they would a real world vehicle. The team looked at materials which are currently being developed right now and imagined where those materials would be in the year 2035, which is the official model year of the Tomahawk. The SRT team also pushed the limits of suspension systems and drivetrain components, but they based the specs of this futuristic vehicle around theories which could prove to be true. According to Ralph Gilles, SRT could have actually built this car, but when considering the cost of the build to the actual usefulness, the team opted to build a small scale model and focus on the virtual world.

After the team had finished designing and building (virtually) the SRT Tomahawk, they came to the conclusion that the performance characteristics were so extreme that gamers would attempt to drive the car and when they found it to be too difficult, they would simply give up on this particular vehicle in the game. To solve that problem, SRT actually designed three different versions with varying levels of performance, which work you slowly up to the car initially dreamed up by the Chrysler Group engineers. Gamers begin with the Tomahawk Street model before moving up to the Tomahawk GTS-R and finally reaching the Tomahawk X.

Three Levels of Incredible Performance
Each of the three trimlines of the SRT Tomahawk use a similar drivetrain, which includes a V10 engine mated to a 7-speed dual clutch transmission to drive the rear wheels along with a pneumatic system which directly powers the front wheels. Unlike the current Viper V10, the Tomahawk uses a 144 degree layout which is similar to the designed used in modern Indy cars and this engine has been tweaked to offer a touch more power than the Viper. The Street (below) V10 produces 792 horsepower while the pneumatic front drive tacks on 215 more for a total system output of 1,007 horsepower in a car that weighs 2,026lbs. That might sound outlandish, but really, those figures aren’t any higher than some current production hypercars and the SRT team points out that the Street power is very realistic. After you have mastered the Tomahawk Street, you move up to the race-themed Tomahawk GTS-R, which comes with most of the same functional bits as the Street version, but this track version cuts weight and adds power. The GTS-R V10 delivers 1,137 horsepower and the front drive adds 313 horsepower for a total system output of 1,450hp in a car that weighs only 1,459lbs. With a near 1-to-1 power to weight ratio, the Tomahawk GTS-R would likely make short work of any production car on sale today, including the best from Bugatti, Koenigsegg, etc. Finally, once you have gotten a feel for the Street and GTS-R versions of the SRT Tomahawk Vision Gran Turismo, you step up to the car which was the initial design vehicle – the Tomahawk X. This model includes the same basic drivetrain, but the V10 has been beefed up to deliver 2,168 horsepower while the pneumatic front drive adds another 422 horsepower for a total combined output of 2,590 horsepower. Oh, and the X version only weighs 1,658lbs, giving this incredible machine a power to weight ratio unlike anything the world has ever seen. In addition to the highest powered drivetrain, the SRT Tomahawk X includes a series of body panels all over the car which are controlled via the same pneumatic system as the front drive. These panels lift to help improve braking (which is fairly common among modern hypercars), but where this panel system is unique is in how they move while accelerating and cornering to improve overall performance. As the Tomahawk X is blasting around the track, these panels move in every imaginable direction, channeling air around the body in a way that helps the car cut through the wind in much the same way that a plane does while airborne. As a result, the Tomahawk X will corner and stop better than any car on the Gran Turismo 6 game – including the other Vision vehicles. Sadly, the SRT Tomahawk is nothing more than a video game concept car right now, but with the level of design and engineering that went into creating the car for the gaming world, the SRT team touched on new technologies that very well could arrive in future performance cars. Having gotten to drive the Tomahawk on the GT6 game, I can certainly hope that in 20 years, high performance cars have actually gotten to be this incredible.