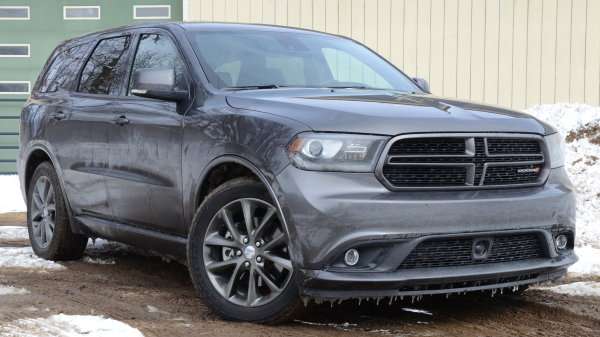 The NHTSA has opened a new investigation to see if the rotary shift mechanisms in the newer Ram 1500 and Dodge Durango are faulty – or if the people having issues with those vehicles just aren’t bright enough to understand how their vehicle functions.
Advertisement

A while back, FCA got a bunch of bad publicity when a celebrity who didn’t understand how his Jeep worked rolled backwards and killed him – leading to an investigation as to whether or not FCA’s “monostable shifter” was safe or not. In that case, I can understand the confusion, as the way that the shifter always returns to the middle position does leave some question as to what gear you are in when driving the appropriately equipped Jeep and Dodge vehicles.

However, this new investigation doesn’t relate to those unusual monostable shifters, instead focusing on the rotary dial shifters in the newer Ram 1500 and Dodge Durango after 43 or the 1,000,000+ owners cited a rollaway incident – although more than 20% of those complainants didn’t put their vehicle in park and none of them used the parking brake.

The Investigation Broken Down
I am writing this piece with the NHTSA Office of Defects Investigation in front of me, which breaks down the key facts of this Ram and Dodge issue. The NHTSA has received 43 complaints that a Ram 1500 from 2013-2016 or a Dodge Durango from 2014-2016 had been involved in a rollaway incident. Those 43 rollaway reports have led to 25 “crashes” and 8 injury incidents, and that is what most outlets are reporting.

What most outlets are not reporting is that in those 43 complaints about Ram 1500 or Dodge Durango rollaway incidents, only 34 of the drivers had put the vehicle in park. In other words, 21% of the people involved in this investigation essentially admitted that they left their truck or SUV in drive and, much to their surprise, when they got out of the vehicle – it was able to roll under its own power. That leaves 34 vehicles out of over 1,000,000 which allegedly have been able to roll after the driver put the vehicle in park.

I should point out that according to the NHTSA, “many” of those 34 people who were sure that they put their Ram or Durango in park got out of the vehicle when it was running and none of the complainants had used the parking brake. Considering that the vehicles were running when they began to roll away, you have to wonder if those drivers had actually put the vehicle in park – or if they mindless spun the knob while talking to their bestie about weekend plans, only to have the vehicle left running in a rolling gear.

In any case, the NHTSA will now spend all sorts of time and money trying to see if they can replicate the issue of putting the Dodge Durango or Ram 1500 with the rotary shifter in park and having it roll away. The drivers believe that there is a mechanical issue with their Ram or Dodge shifter, but the NHTSA will have to check to see if it is just a case of operator error.

A Very Rare Problem
This new NHTSA investigation of the 2013-2016 Ram 1500 and the 2014-2016 Dodge Durango effectively covers around a million vehicles while just 43 have allegedly been subject to this shifter problem. If those million vehicles were driven daily to and from work – and nowhere else – those million vehicles were driven around 730,000,000 times in the past year. In those 730 million cases where a Ram 1500 or Durango with a rotary shifter has been driven, there have been 34 times where a driver claims to have put the vehicle in park – only to have it roll away. Those odds of 34 out of 730 million convert to 1 out of every 21.5 million drives. The odds are being struck by lightning are 1 in 960,000, so a Ram 1500 or Durango owner is 21 times more likely to be struck by lightning than to have their vehicle roll away.

With the odds of this incident happening being so low, it seems unlikely that the NHTSA will be able to replicate a rollaway in park, but both the feds and FCA engineers are working hard to see if they can experience this issue on their own – with the hopes of figuring out what is causing the problem. Of course, if they are unable to replicate the problem and no further action needs to be taken, this will just be another pointless waste of taxpayer money caused by people who carelessly don’t understand how their vehicle functions.

People, Use Your Parking Brakes
In the meantime, the bottom line is that if these people had used their parking brake, these vehicles would not have rolled away. In fact, I can put my current test car in drive with the parking brake on, and the vehicle doesn’t move, even when I give it a little gas. Had the owners of those 34 “problematic” Ram 1500s and Dodge Durangos just used their parking brake, it wouldn’t have mattered that they seemingly left the vehicle in reverse or neutral rather than park.

There is no reason not to use the parking brake, so to end this piece, I am going to try to drive that simple point home. Not using the parking brake is stupid. Don’t be stupid. There is no downside to having the brakes of your vehicle locked for safety while parked, so push that pedal or button and make the world a little safer.

Use your parking brake, all of the time, no matter what you drive. Seriously. Always.

Marc Stern wrote on December 22, 2016 - 3:13pm Permalink
Very good points!!
Bill mee wrote on December 23, 2016 - 1:23am Permalink
Toyota found that a professional driver wasnt able to stop one of their suv,s even with their foot flat to the floor on the brake because the throttle stuck wide open and the floor mat buldged under the brake. Now all vehicles disengage the throttle when the brake is pressed. I suspect fca will need to use the driver seat belt occupancy monitor and if neither pedal is being pressed apply the park brake automatically.
Marc Stern wrote on December 23, 2016 - 11:04am Permalink
I remember the issue with the floor mats, about six years ago. This was when Toyo had cars careering around freeways all over due to unintentional acceleration. I don't know what Chrysler will do to solve this problem -- if it really is a problem -- because all you have to do, as Patrick Rall points out in his story, is engage the parking brake and the vehicle won't move no matter what gear the vehicle may be left in. It does make sense, although most operators are used to slamming their cars into Park when they are shutting down, after a trip and usually forget there is a parking brake that should be set as well.