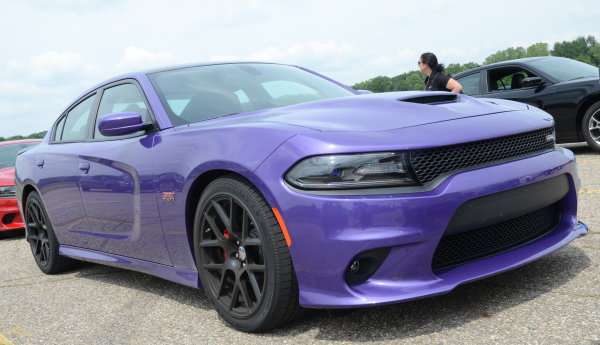 We have known for some time now that the 2016 Dodge Charger SRT Hellcat would cost a few grand more than the 2015 models, but today we bring you pricing on the rest of the 2016 Charger sedan lineup – which includes some other prices going up, some going down and some staying the same for the new model year.
Advertisement

In mid-August, we learned what we had long expected when it was officially announced that the 2016 model year of the Hellcat-powered Dodge Charger would cost more than the 2015 models. Based on the massive success of the Hellcat cars and the company’s inability to meet the demand, the decision to raise prices makes perfect business sense under a normal supply-demand model. In fact, when Chrysler announced that the new Hellcat Charger would cost $3,650 more than it did in 2015, I was surprised that the increase wasn’t bigger and I was even more surprised that this price increase came with new standard features like navigation and Laguna leather. The company could have easily raised the price by $4,000 just because it is so popular, but they opted instead to raise prices and add some value as well. Click here for a closer look at the 2016 Hellcat Charger and Challenger pricing.

Unfortunately, we didn’t learn any other pricing information in August, but we had speculated that the Hellcat package might not be the only one getting a price hike for 2016 and we were right – as there are other pricing increases for the 2016 model year, but those increases are not universal across the lineup.

Today, we bring you a look at the trimline prices for the entire 2016 Dodge Charger lineup, including the SE, the SXT, the all-wheel drive packages for the SE and SXT, the R/T, the R/T Scat Pack, the SRT 392 and the SRT Hellcat.

Staying the Same for 2016
There are three trimlines for the 2016 Dodge Charger which will carry the same pricing as the comparable sedan during the 2015 model year. The base model SE, the more well-appointed SXT and the bargain performance R/T Scat Pack all remain the same price for the new model year. These are three of the bestselling trimlines, so for the most part, the majority of the 2016 Chargers will cost roughly the same as the 2015 models.

Prices Increasing for 2016
Finally, along with the Hellcat Charger, the 2016 R/T and SRT 392 will be see increases – although not as large as that of the Hellcat. The Charger R/T with the 5.7L Hemi engine increases by just $300, but the SRT 392 increases by $3,000. Considering that the SRT 392 is basically the Charger Hellcat except with the 6.4L Hemi instead of the supercharged 6.2L Hemi, I would imagine that the price increase to the SRT 392 comes due to the new standard navigation and Laguna leather as well.

Overall, the price of the 2016 Dodge Charger is going up more than it is going down or staying the same, but with the most functional models dropping price with the highest performance models get new standard features to go with the higher prices – 2016 should be another strong year for the high performance Dodge sedan.

If you missed our first piece detailing the 2016 Dodge Challenger pricing, click here for a closer look.