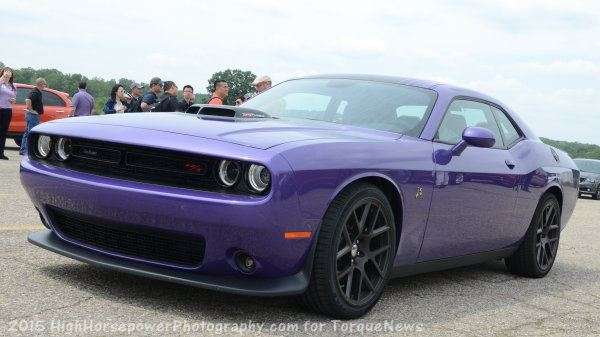 Back in mid August, we learned that the 2016 Dodge Challenger SRT Hellcat would be receiving a price increase compared to the 2015 model year. We learned then that the 2016 Hellcat Challenger has a starting price of $62,495, while the 2015 version of the same 707hp muscle car started at $59,995. Also, while the 2015 MSRP of $59,995 includes the gas guzzler tax, the $62,495 does not, so the actual MSRP when compared to 2015 in the same way sits at $64,195. This $4,200 increase in price came with the introduction of two new standard features, Laguna leather and the premium navigation infotainment system, so while the increase is possible due to the insane popularity of the package – it was not strictly a “market adjustment”. Click here for a closer look at 2016 Hellcat pricing.

While we learned in August that the 2016 Hellcat Challenger would cost more than the comparable muscle car from the 2015 model year, we didn’t get any other information on Challenger pricing for the 2016 model year. Well, the full trimline pricing list has arrived online and while the Hellcat isn’t the only model to get a price hike, the majority of the 2016 Challengers sold will have the same base price as the outgoing model year.

Staying the Same for 2016
First off, the 2016 Dodge Challenger in five of the nine available trimlines will have the same pricing as the 2015 models, including the SXT, the SXT Plus, the R/T, the R/T Plus and the R/T Scat Pack. While the Hellcat Challenger gets the most attention for very obvious reasons, the models powered by the 3.6L V6, the 5.7L V8 and the 6.4L V8 sell in vastly higher numbers, and those engines power all of the aforementioned models…so the majority of the 2016 Challengers will cost right around the same price as they did last year. Also, swapping from the standard 6-speed manual transmission to the optional 8-speed automatic transmission (Hemi models only, still no manual for the V6 Challenger) will only add $1,400 – as was the case for 2015 as well. Hooray!

Next up, while the majority of the 2016 Challenger R/T models do not get a price increase, the R/T Shaker and R/T Shaker Plus both climb by $200, although it is unclear right now whether or not that small increase comes with some new standard feature.
Finally, as I suspected back in August, the heavy duty 8-speed TorqueFlite automatic transmission for the 2016 Hellcat Challenger does cost $2,995, up a grand compared to the 2015 models.