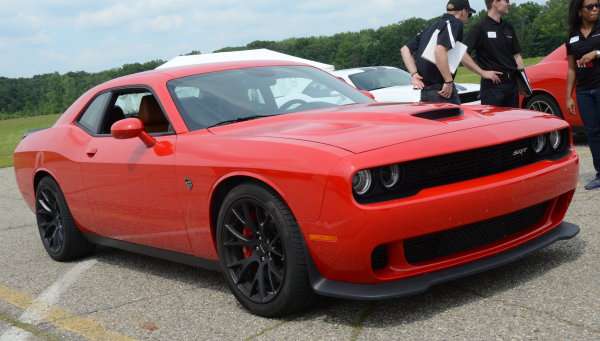 While there has been no official word from the Chrysler corporate offices, what appears to be the pricing for the 2016 Dodge Charger and Challenger SRT Hellcat models has arrived online and if these are accurate, the price increases for the 707hp muscle cars is a bit smaller than we had expected – and there appears to be new standard equipment to offset that price hike.
Advertisement

Update Note: When this piece first went live this morning, the figures had not been confirmed by the company, but I have spoken with a Dodge representative and the MSRP numbers below are accurate.

I want to start by pointing out that none of the information in this piece about the 2016 Dodge Charger SRT Hellcat and the 2016 Dodge Challenger SRT Hellcat is unofficial. This information comes via the enthusiasts at Hellcat.org and while that isn’t an official source, I am inclined to expect that these numbers are close to the real thing – if not 100% accurate. I believe that these could end up being the official prices, but for the time being, we have to take this information with a grain of salt.

So, a $4,200 price increase for the 2016 Hellcat Challenger seems steep, but the increase comes with some standard features that effectively lower the price hike by a fair amount. Both Laguna Leather and the premium navigation infotainment system are standard, and those items added $1,795 and $695 to the 2015 price so with $2,490 worth of standard content, the Challenger Hellcat price increase for the new model year is down to just $1,710.

One key bit of information focuses on the 8-speed high performance automatic transmission, which now costs $2,995 for the 2016 Hellcat Challenger. If this proves to be accurate, this option is $1,000 more expensive than it was for 2015, but considering the massive success of this new quick-shifting gearbox, the price hike makes sense.

As is the case with the 2016 Challenger, the 2016 Hellcat Charger will benefit from standard Laguna Leather and the premium navigation-equipped infotainment system, adding $2,490 of standard content and lowering the actual price increase to just $1,160.
Again, these prices should be considered preliminary numbers for the 2016 Hellcat Challenger and Charger, but I wouldn’t be surprised one bit if the official numbers coming later this year are identical to these figures.