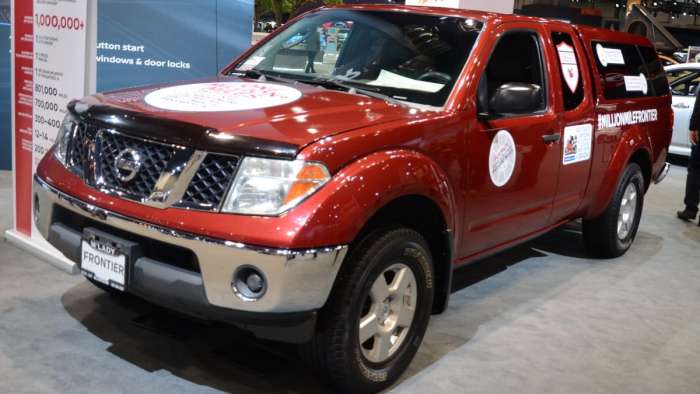 A delivery man in the Chicago area has driven his 2007 Nissan Frontier for more than a million hard miles and for this impressive feat, the automaker will give him a 2020 model once they begin rolling off of the production line.
Advertisement

Murphy bought a Nissan Frontier new back in June of 2007 and in less than 13 years, he hit the one million mile mark. That is a million miles of daily driving, all day long, in and around the Chicago metropolitan area. This includes sitting in traffic in the brutal heat of summer and the miserable cold of winter, rife with salty road slush and endless ice. Through all of that, Murphy’s Frontier has never missed a beat, covering nearly a half-million miles before the first major repair.

Brian Murphy’s Nissan Frontier
On the night before the 2020 Chicago Auto Show opened to the media, Nissan had a private event in the Windy City during which the 2020 Frontier was introduced. Sitting next to the brand new Nissan pickup was the 2007 Frontier XE King Cab owned by Brian Murphy. This is, of course, the Frontier that was driven for more than a million miles while serving as a delivery vehicle around Chicago. Murphy bought the truck in July 2007 and on January 25, 2020, the odometer roller over to all zeros after reaching 999,999 miles.

To showcase this truck, Nissan had it on display at the private event where the 2020 model was introduced, but there was another reason why the automaker invited Murphy to attend. After Nissan representatives talked all about the advantages of the new 3.8-liter V6, Murphy was called into the spotlight, where he was given keys to a 2020 Frontier. 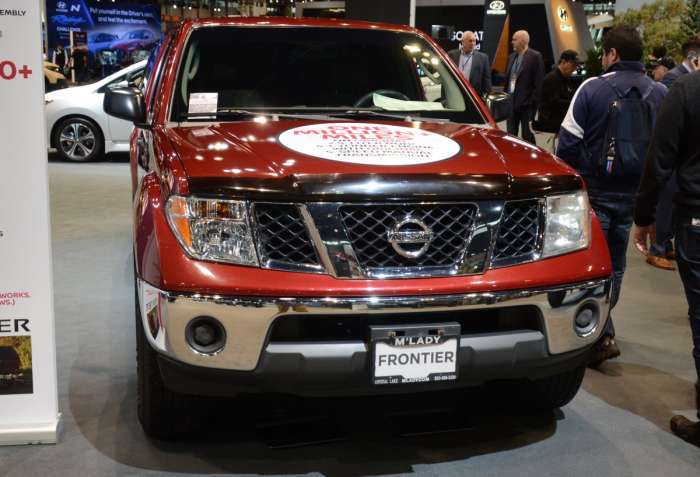 Those keys were purely symbolic, as the 2020 Frontier has not yet gone into production, but when it does, Brian Murphy will have a brand new Nissan to replace his 2007 with more than a million miles.

"I never imagined I'd be given a new truck, especially since my Frontier is still running strong”, said Murphy. “It will be a real treat to have an efficient V6 engine, but I guess I'll have to find another way to exercise now that I'll have an automatic transmission and power windows.”

Amazingly Clean Pickup
At that media event, and at the Chicago Auto Show the next morning, I had a chance to check out Murphy’s 2007 Frontier in person and I have to say, it really is in remarkable condition. We were told that there has been some minor bodywork done over the years, but for a truck that has lived through more than a dozen Chicago winters, it looks amazing.

The physical condition of this 2007 Frontier is impressive, but the short list of major repairs is nothing short of mind-blowing.

The first major repairs came around the 450,000-mile mark, when Murphy had the radiator and alternator replaced. Those aren’t minor repairs for the average driver, but in the grand scheme of things, they are both relatively simple and relatively inexpensive items to replace. Murphy also replaced the worn-out driver’s seat around the half-million mark, but with 12 to 14 hours of drive time each day, we imagine that he is getting in and out of the truck far more than the average owner.

The first time that the factory 2.5-liter 4-cylinder engine was opened up came at 700,000 miles, when Murphy had the timing chain replaced. At 801,000 miles, the original clutch finally died, which was really the first major problem – at over 800,000 miles. 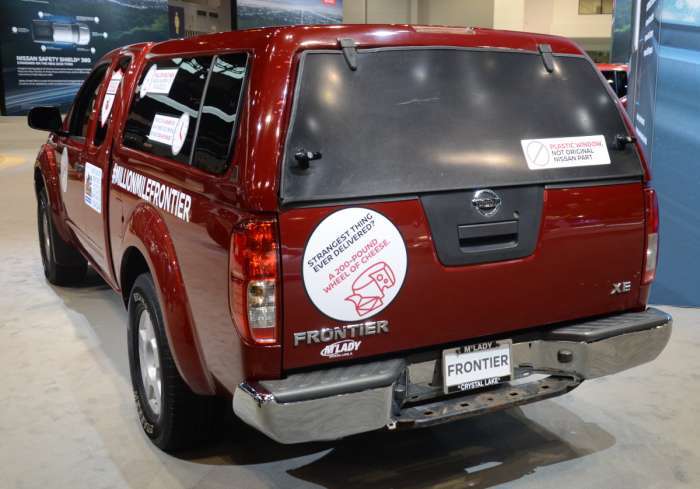 Aside from normal wear items like brakes, tires and fluids, this 2007 Frontier has been driven for more than a million miles and the only atypical repairs have been a radiator, an alternator, the driver’s seat, the timing chain and the clutch. That is an astonishing display of durability and like I mentioned above, this truck is so clean that you would never guess that it has driven a million miles in Chicago.

Patrick Rall is a professional writer and photographer with a passion for all things automotive. Patrick has been sharing his automotive expertise in automotive journalism from Detroit for more than a decade covering the Big Three. Having grown up in his father’s performance shop, he spent extensive time at the oval track and drag strip – both driving and wrenching on various types of vehicles. In addition to working as a writer, Patrick previously worked as an automotive technician before moving on to a business office position with a chain of dealerships, and this broad spectrum of experience in the industry allows him to offer a unique look on the automotive world. Follow Patrick on Youtube and Twitter. Visit Torque News Nissan category for more Nissan News.

Sonny Goc-ong wrote on July 25, 2020 - 3:18am Permalink
i own an 1989 D21 ExtraCab RWD Nissan pickemup truck... Previously owned an 1984 4WD. Current truck has fuel starvation issues and has left me stranded more times for my mental confidence; still loyal to the brand and make of vehicle; simply because i own it and would like a KA24DE engine, a six-speed manual tranny and rear end with disc brakes... most local wreck yards DO NOT have donor vehicles i could replace what I'm short of and would like to get myTrk working... And hopefully tow a 3500 pound travel trailer. It's a daily driver. I can only afford minor repairs and i have very limited mechanical experience but ready to experience what I have to so it runs well long term..
AllenElden wrote on November 17, 2020 - 10:31am Permalink
Welcome to the world of adult Dating loveawake.ru