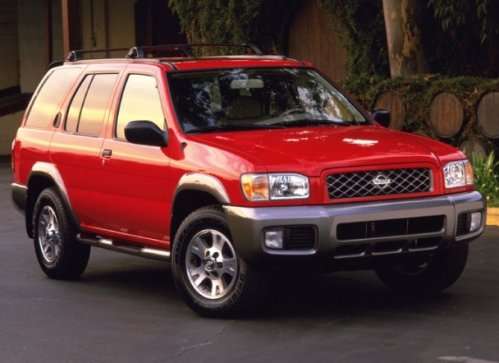 In early February, we brought you the news of an investigation by the National Highway Traffic Safety Administration of a group of Nissan Pathfinder and Infiniti QX4 sport utility vehicles and based on that investigation, Nissan is recalling almost 196,000 vehicles to address suspension and steering issues stemming from excessive rust.
Advertisement

While there is a pretty expansive group of Nissan SUVs affected by this recall, the actual problem has only been encountered on 35 vehicles. In 18 of those cases, the driver of the Nissan SUV faced steering problems based on the rust-related failure of the front suspension components and in 5 of those 18 cases, the steering shaft was separated from the rest of the steering assembly – making it impossible to control the vehicle.

In these 195,991 Nissan SUVs being recalled, there is a hole in the upper strut housing on the driver’s side of the vehicle that can allow water to seep into the area. When you introduce road salt commonly used around the US “snow belt” to the water seeping into the strut tower area, the rate of corrosion is increased and this can lead to cracking and failure of the strut tower. Once the driver’s side strut is able to more freely of the vehicle’s chassis, steering problems can ensue and in the worst case scenarios, the steering system can fail completely. Since this poses a very clear safety risk, Nissan has acted quickly in recalling the rusty SUVs.

This Nissan Pathfinder and Infiniti QX4 recall will officially begin on or around May 16th, when a letter is sent to the owners of these 196,000 vehicles asking them to return to their friendly neighborhood Nissan dealership. A certified technician will inspect and, if necessary, repair/replace any damaged components relating to this recall.

Anonymous wrote on April 29, 2011 - 10:46am Permalink
I recently became aware of a recall of the nissan pathfinder 1996-2004. When I read your article, in this regard, I noticed that the state wher I purchased my pathfinder and the state that I live in (S.C.), was not mentioned. Do I need to take my car in to the local dealer? Should I wait to receive a recall notice from nissan? Thank you!
steveo wrote on July 21, 2011 - 8:44pm Permalink
No not if your are in SC

Tesla Contemplates A New Strategy for China Retail even As Sales Boom
Jay Leno on Elon Musk & EVs: “I Think He Should Get ... Credit"
END_OF_DOCUMENT_TOKEN_TO_BE_REPLACED