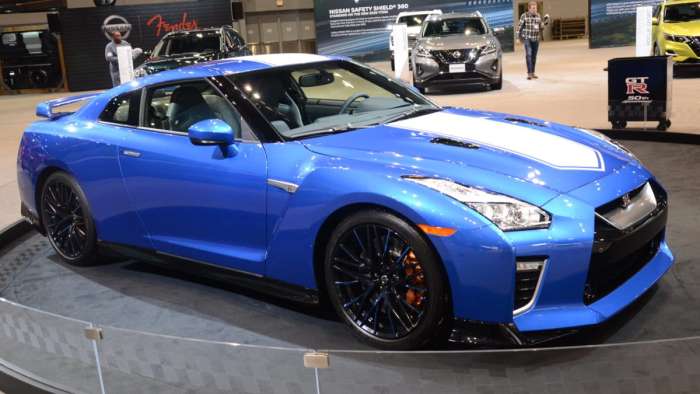 While Nissan focused on the 2020 Frontier with their 2020 Chicago Auto Show display, the 50th Anniversary Edition GT-R in Bayside Blue is impossible to ignore, drawing in show-goers who are wowed by the legendary Japanese performance machine.
Advertisement

Earlier this week, we brought you the news from Nissan from the Chicago Auto Show, detailing the fact that the 2020 Frontier will be offered with the next generation engine and transmission before the next generation truck debuts for 2021. This is big news for the midsized truck crowd, as it presents an early look at the future of the popular Frontier, but it isn’t a huge announcement for fans of performance cars.

In fact, there really wasn’t much go-fast news to be discussed at the 2020 Chicago Auto Show. Ford introduced a limited edition GT that costs $750,000 and is already sold out, but for the most part, performance car lovers coming to McCormick Place this week will have to be happy in looking at vehicles that have debuted in the past. Fortunately, the performance cars that are on display are sure to draw a crowd and the Nissan GT-R 50th Anniversary Edition is one of them. 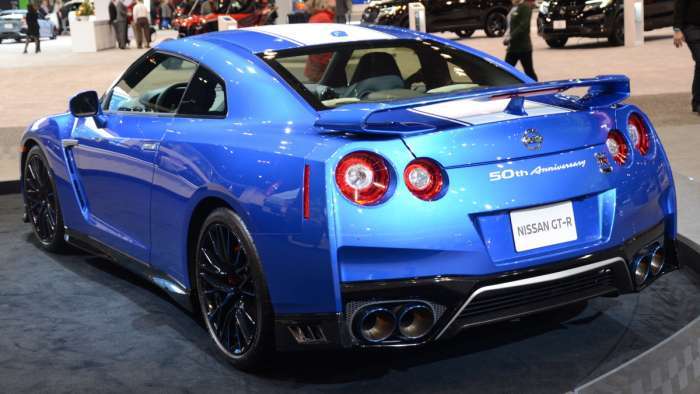 Nissan GT-R 50th Anniversary Edition Details
The first Nissan Skyline GT-R was introduced back in 1969 as a high performance sedan before becoming a couple in 1971. To celebrate 50 years of the Skyline GT-R, the 2020 model benefits from the 50th Anniversary Edition. This is an appearance package, based on the GT-R Premium, adding a trio of unique exterior color packages and a new interior layout. 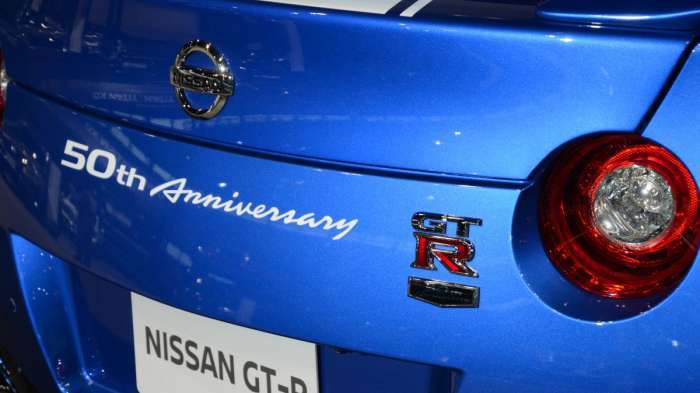 The car shown here is painted Bayside Blue, which was last offered on the R34 GT-R. In most cases, a likeness of the iconic R34 shows it in this color. The 50th Anniversary package adds a white stripe that is similar in its shape to the stripe on the original GT-R race cars in the 1960s and 1970s. Buyers can also choose Pearl White with red stripes or Super Silver with white stripes, but the blue looks so incredible in person that I couldn’t imagine picking white or silver.

On the inside, the Nissan GT-R 50th Anniversary Edition features package-specific gray leather that extends across the steering wheel, shift knob and embossed seats while a similar gray Alcantara covers the headliner and sun visors.

Like the 2020 GT-R Premium, this Nissan supercar is powered by the “standard” twin turbocharged, 3.8-liter V8, sending 565 horsepower and 467 lb-ft of torque towards all four wheels by means of a 6-speed dual clutch automatic transmission. 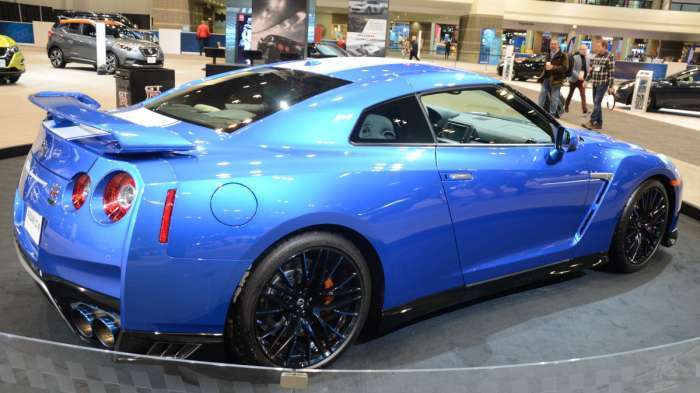 Premium Performance in Chicago
While the 2020 Nissan GT-R is not new and the 50th Anniversary Edition package is purely aesthetic, this is still one of the most potent performance cars on display in Chicago. This same section of McCormick place also houses the new C8 Corvette Stingray and the Honda Civic Type R, but performance levels are relatively low on this side of the show. 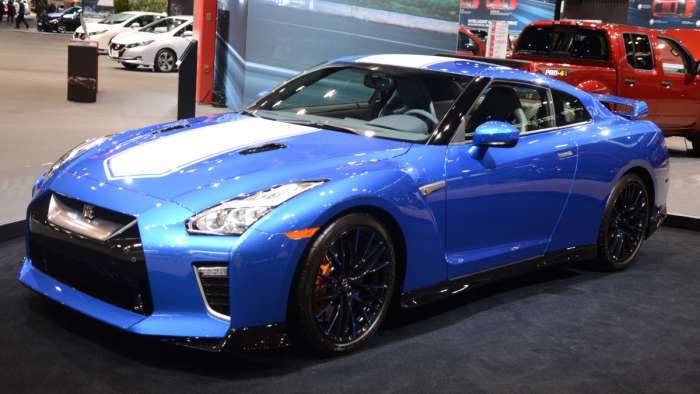 If you cross the hall, you will find the aforementioned $750,000 Ford GT, the new Shelby GT500, an array of Dodge Hellcat cars and the spread of new Porsche sports cars , as well as the collection of boutique supercars from Ferrari, Lamborghini and other automakers.

Patrick Rall is a professional writer and photographer with a passion for all things automotive. Patrick has been sharing his automotive expertise in automotive journalism from Detroit for more than a decade covering the Big Three. Having grown up in his father’s performance shop, he spent extensive time at the oval track and drag strip – both driving and wrenching on various types of vehicles. In addition to working as a writer, Patrick previously worked as an automotive technician before moving on to a business office position with a chain of dealerships, and this broad spectrum of experience in the industry allows him to offer a unique look on the automotive world. Follow Patrick on Youtube and Twitter. Visit Torque News Nissan category for more Nissan News.