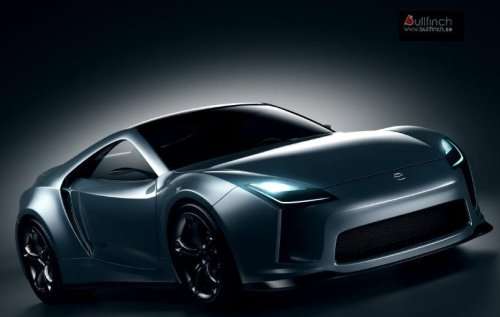 There have been rumors of late that Toyota Motor Co has approved the next generation Toyota Supra and while the Japanese automaker has offered no idea as to what the new sports car would look like, Swedish designer Andreas Fougner has put together an amazing conceptualization of what the next Supra could look like when it sees production.
Advertisement

We need to point out that the design shown on the right has no connection to Toyota Motor Co and it is strictly a rendering by artist Andreas Fougner. Fougner’s design takes some of the lines of the current Toyota FT-86ii Concept and applies them to his more muscular Supra design. Like the MKIV Supra that was laid to rest after the 2002 model year (1998 for American buyers), Fougner’s Supra is low and wide with a roofline that flows all the way to the back of the car; although Fougner’s Supra forgoes the huge rear spoiler in favor of a molded, low profile unit. Across the front of this Supra design, we see a large lower opening (reminiscent of the last generation Supra) while the high tech modern headlights similar to those seen on the FT-86ii while being larger to bolster the muscular lines. There are also large openings just below the headlights – presumably to allow for proper brake system cooling.

Along the sides of the Supra design, we see bold wheel flares that offer a 21st century take on the rounded sides of the 2002 Supra and across the back, we see more super-modern lighting systems and dual integrated exhaust – on a rear end that gives the Supra the look like it is ready to pounce. Perhaps the most interesting aspect of Fougner’s is that it looks great and, honestly, it isn’t that farfetched in its overall design. While some features, like the sharply angled door windows, might not be ideal for production from a cost standpoint Fougner has done a beautiful job of take the shape of the Supra MKIV and applying a little FT-86 and a little LFA to make for one gorgeous Japanese muscle car.

It has been a regular rumor that the Toyota Supra would return since the Japanese automaker ended production of the model in 2002 and even though those rumors have intensified lately, there has been no indication at all from Toyota that a new Supra is on the way. Many believed that the car that we now know as the Lexus LFA was originally intended to be called the new Supra but badging it as a Lexus puts it at a much higher price point so there is more potential to make money.

While many shudder at the suggestion that there has ever been a Japanese muscle car, as a lover of American muscle cars I consider the Supra to been as close as Japan has ever been at offering a true competitor to the likes of the Chevrolet Camaro, Ford Mustang and now the Dodge Challenger. The Supra offered comparable performance to the higher end American muscle cars when it was removed from the US market in 1998 and if Toyota was to come up with a new Supra that looks anywhere near as sharp as Andreas Fougner’s design shown on the right – the import scene could finally have a coupe that will go head to head with America’s modern muscle cars.

We had a chance to speak with the artist behind this Toyota Supra design, Andreas Fougner. Andreas lives in Stockholm, Sweden and works as an artist in the 3D gaming industry for Electronic Arts. Fougner would like to see his Toyota Supra powered by a high revving, naturally aspirated engine but he also sees the beauty of a lag-free turbocharged powerplant – the second of two probably being the likely engine of the Supra should it return to the market.

Check out the gallery on the right by clicking the thumbnails for a closer look at this impressive Toyota Supra design, courtesy of Bull Finch Visuals.

Other Toyota News:
Toyota considering American 2012 Camry production for Korea
Toyota closes 11 plants due to typhoon, joins Nissan and Mitsubishi
The Toyota FT-86ii Concept shows up at Frankfurt with little change
Lexus confirms LFA record 'Ring lap time of 7:14.64 with video
The 2012 Toyota Camry Hybrid named NADA car of the month
No imported 2012 Toyota Camry sedans for the US