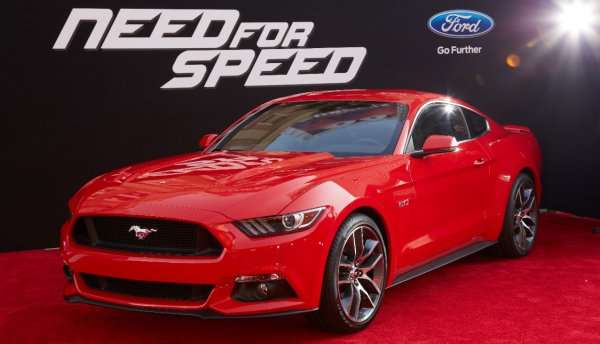 The New 2015 Ford Mustang Will Be the Safest Mustang Ever

The 2015 Ford Mustang will be the first marketing global, the fastest ever and the most efficient ever which is all very impressive, but what we have failed to consider thus far is that the next generation Mustang will also be the safest of the fabled pony cars with extensive safety innovations inside and out.
Advertisement

Through the advancements in chassis and body design technology, the 2015 Ford Mustang will be the most structurally safe pony car to date. Also, the improved stability of the new independent rear suspension system will help to reduce accidents due to loss of control, but with the introduction of a handful of new safety features, the S550 will both help to prevent accidents while also working to keep the occupants as safe as possible in the event of an accident.

“We provide a high level of safety, quality and design for our customers and their passengers,” said Sean West, Ford restraints manager. “With this innovative airbag design, we have developed technology that provides protection for vehicle occupants while also reducing weight and enabling greater design flexibility.”

Twice as Many Airbags
The 2015 Ford Mustang will include twice as many airbags as the current model with a total of eight airbags in both the fastback and convertible form with a few unique features with the different roof setup. The 2015 Mustang fastback comes with dual front airbags, a driver’s side knee airbag, dual side impact airbags mounted in the seats, and the innovative new passenger’s side knee airbag that is mounted in the face of the glove box. The 2015 Mustang fastback comes with side curtain airbags and the convertible comes with airbags that protect your head when the top is up or down. The vast majority of those airbags are common among a great many vehicles, but the passenger’s side knee airbag is a first for the S550 Mustang.

Ford developed a unique design with the airbag mounted within the glove box door of the 2015 Ford Mustang, with the traditional cloth airbag being replaced with an inflatable injection molded plastic bladder that is sandwiched between the inner and outer face of the glove box. This new design allowed for a smaller airbag unit so Ford could add this safety feature without cutting down on the amount of knee room in the 2015 Mustang. Thanks to this new design, the total passenger’s side knee airbag unit weighs is 75% smaller and 65% lighter than a conventional knee airbag system.

High Tech Safety Gadgets of 2015 Ford Mustang
The 2015 Ford Mustang will include a collection of high tech safety features that have become the norm throughout much of the industry, helping the new Mustang to help prevent crashes and call for help in the event of a crash. Ford’s AdvanceTrac traction control system with Electronic Stability Control, an adjustable Electronic Power Assist Steering system, a rear view camera system, HID headlights, Ford’s own Blind Spot Information System (BLIS) with cross traffic alert and crash sensors on the front, sides and rear of the car which control the deployment of the airbags and safety belt pretensioners. These items all work together to make the S550 Mustang easier to drive in all sorts of situations without compromising the performance in any way. However, should the driver still manage to get into an accident, the SOS post crash alert system can notify police and first response teams so that they can head to the scene of the accident.

Dial Down the Performance for the Kids – Or Wife
The 2015 Ford Mustang will feature the Ford MyKey system, which allows the owner to limit the top speed of the car and the maximum volume of the sound system to ensure that questionable drivers don’t drive too fast or get too distracted by extremely loud music. The MyKey system also affords you the option of blocking other drivers from disabling the various driver assist features like traction control, stability control and the awesome new electronic line lock. This will make it safer for a parent to trust one of the kids with the new Mustang or allow a husband to rest a little easier when the wife takes the new Mustang to meet her friends.

Mike Wazowki wrote on October 1, 2014 - 5:15am Permalink
"allow a husband to rest a little easier when the wife takes the new Mustang to meet her friends." Wow, that is so disgustingly sexist. Yes, please protect women from themselves.
Janet Riley wrote on January 4, 2015 - 3:51pm Permalink
I agree -- big time sexist. I understand protecting novice drivers, but the comment about women is uncalled for.
Casey wrote on January 22, 2016 - 11:42pm Permalink
It's a joke. You people are what's wrong with America. You cry about everything. Don't be such cry babies. If you don't like it, deal with it. The world can't and won't conform to make make every person happy.